This is a place to post resources for people interested in learning more about antisemitism and how to recognize and combat it in all forms.

For now, we have re-opened the thread so it can be added to. Please be courteous and kind so we can keep it open. Ground rules:

The Past Didn’t Go Anywhere: making resistance to antisemitism part of all of our movements by April Rosenblum
This pamphlet does a really good job of tracing the history of anti-Jewish oppression throughout history, explaining how it shows up on the right and the left politically, and how to do things like criticize Israeli policies you don’t agree with without depending on or uplifting antisemitic tropes. The pamphlet was written to an audience of leftist activists, but I think it’s one of the most comprehensive things and I think it’s valuable regardless of whether or not you identify with that group.

Some questions you might have that this pamphlet addresses:

Here’s a list of books with appropriate ages: https://www.adl.org/education-and-resources/resources-for-educators-parents-families/childrens-literature?tid[189]=189&keys=anti-semitism&page=2. And here’s an article about teaching your kids about it and skills to help prevent them falling into the trap of white supremacist thought: https://www.parents.com/kids/education/how-to-teach-your-children-about-the-holocaust/

This 15 min video gives a decent overview of the history of antisemitism leading up to the Holocaust and since, although it’s nearly entirely focused on the experience of Jews particularly in Germany and Eastern Europe rather, although antisemitism is a worldwide phenomenon and the Holocaust stretched into the Middle East and North Africa as well. 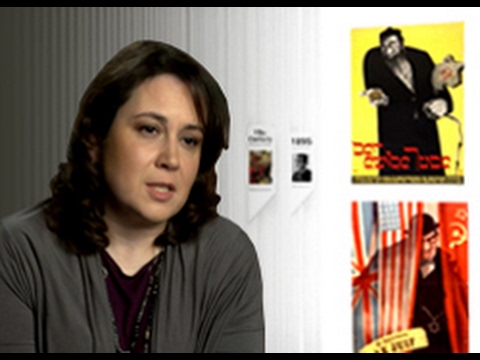 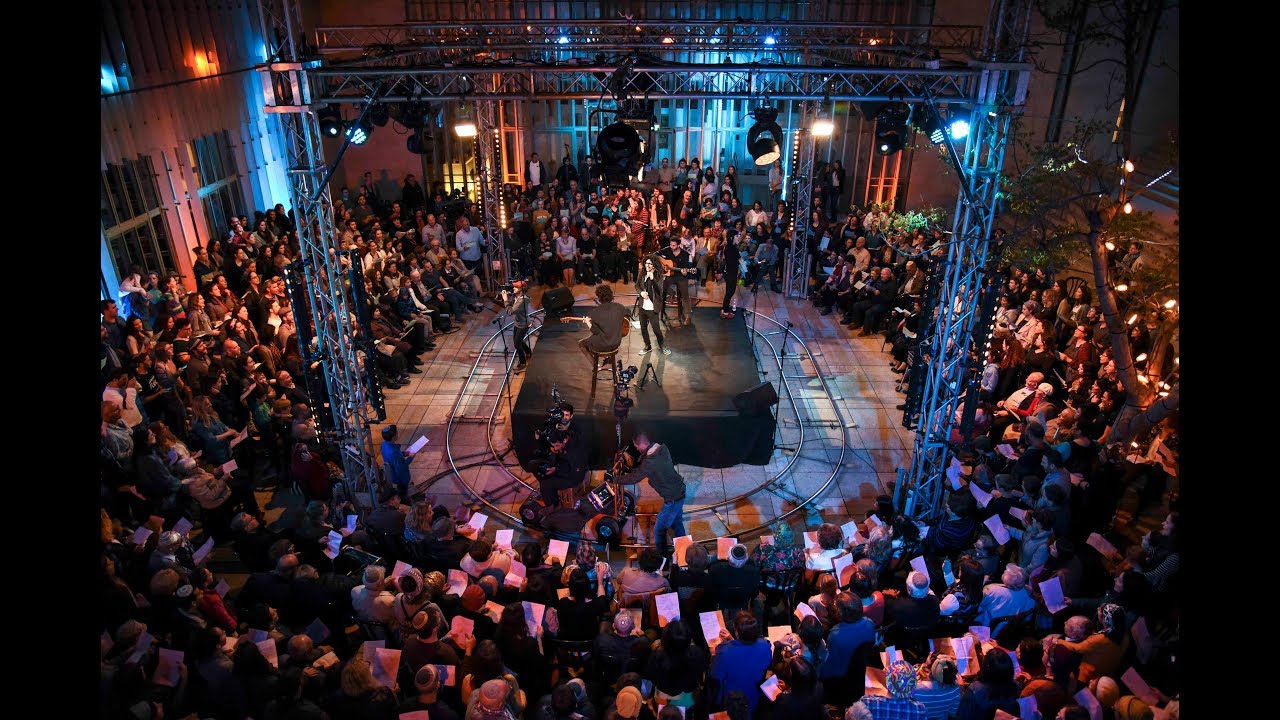 I used a screenshot/link option because I think it might be the easiest way to show these things but open to feedback about that. The image says "Honor Holocaust Remembrance Day by fighting antisemitism and white supremacy.

If you click through, there’s a good conversation about the ordinary people who allowed the Holocaust to happen and how to talk about this with kids. 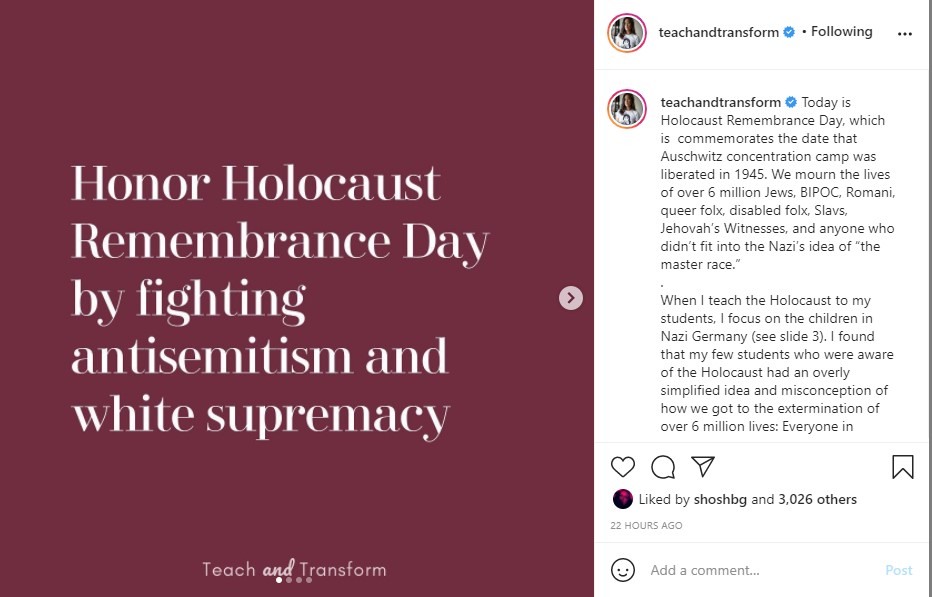 Discussion of Holocaust Imagery, which you will see if you click certain links

In my opinion, sharing these photographs further dehumanises the victims. There are other ways to talk about the Holocaust, to share the horrors and honour the victims. Just my two cents.

Today, 27th January, is Holocaust Memorial Day. I’ve had an astonishing amount of questions from non-Jews, mainly university students, who challenge the ‘point’ of continuing to commemorate the Holocaust.
Among the infinite lessons to be learned, there is definitely one in working to understand the psychology of the perpetrators. As little as they deserve our attention, it’s worth considering that the majority of Nazis were not rampant ideologists. Many were ‘ordinary’ people, with jobs, families and lives.
This is well represented by Karl Höcker’s photograph album which depicts him, the adjutant to the Commandant of Auschwitz Richard Baer, and fellow SS officers enjoying time off work at Solahütte. SS officers who worked at KL Auschwitz were given a few days to relax at this resort for a ‘job well done.’ Around the same time as these photographs were taken, the gas chambers were operating at maximum efficiency, exterminating thousands of Hungarian Jews every single day in the summer and autumn of 1944.
These people do not look like monsters. Terrifyingly, they look rather ordinary. The reality is that we are all capable of monstrous things, but through the study and remembrance of the Holocaust, we can identify the circumstances that drove ordinary people to commit horrific crimes and utilise that knowledge in today’s fight for justice and equality.
Find out more at https://www.ushmm.org/collections/the-museums-collections/

Seventy-Five Years After Auschwitz, Anti-Semitism Is on the Rise

You can manage a chronic disease, treat it, or prevent its complications—but you can rarely cure it.

And anti-Semitism has returned, in part, because the general public’s knowledge about the Holocaust—of what exactly it was, who exactly was murdered in it, how many were killed, and how anti-Semitism spawned it—has diminished. For a time, that knowledge discredited anti-Semitism and those who indulged in it. But the passing of survivors who experienced the Holocaust and could testify to it, the denial and minimization of the Holocaust, and the hijacking of the word itself to advance numerous other causes, great and small, all combined to diminish its memory. The horrifying knowledge of where anti-Semitism can lead has been, in large measure, lost in a miasma of forgetting, ignorance, denial, confusion, appropriation, and obfuscation.

In fact, Holocaust study: Two-thirds of millennials don’t know what Auschwitz is.

Holocaust study: Two-thirds of millennials don’t know what Auschwitz is

Millennials know much less about the Holocaust than older generations, the study found.

Find connections between historic debates over religious liberty and contemporary global tensions over faith, identity, citizenship, and immigration. Using the history of antisemitism to start dialogue, we examine the power this ancient hatred has to...

Explore the events that led to the systematic murder of six million Jews and millions of other innocent victims. Discover the stories of survivors, witnesses, and rescuers that raise essential questions about the nature of human behavior.

Christian Passover Seders
From Hey Alma!: If you’re Christian, you can totally go to a Jewish person’s seder. But you shouldn’t host your own because, well, you’re not Jewish!!

Why Are Christian Passover Seders a Thing? - Alma

Passover is just around the corner, which means people are starting to think about hosting a seder. (We have some tips on how to host your own seder.) If you’re me, the build-up to Passover means listening to The Prince of Egypt soundtrack...

These are appropriative and harmful, particularly in the context of the blood libel that specifically surrounds rumors about Passover Seders. It also creates a dynamic that presents Jews as a historic relic of the past rather than the diverse, dynamic modern cultural group that we are.

Adding to the Passover update:

Passover is one of the most major holidays in the Jewish year, and is I believe the most widely celebrated. If you want to be there for the Jewish people in your life,

Passover celebrates the exodus from slavery in Egypt while simultaneously holding the truth that many people were hurt by the plagues that helped the Hebrews win their freedom from Pharaoh. Some excerpts from PJ Library:

The Haggadah, the traditional guidebook to this special night, includes a reminder that on the seder night, everyone should be welcome at our table. The story of freedom is made for sharing.

At dinner tables around the world, families sit together to tell the story of how the Jewish people went free from slavery in Egypt. The seder is a meal at which people sing, ask questions, and tell stories. Some of the stories are from the Torah, the first five books of the Bible, that tell about the beginnings of the Jewish people. At the seder, we travel back in time to ancient Egypt. Our guide for the journey is this Haggadah (hah-gah-DAH), which means “telling” in Hebrew. Telling the Passover story helps us feel that we ourselves are going free from slavery tonight.

“In every generation we should see ourselves as if we personally came out of Egypt.”

Many different organizations produce Haggadot (plural of Haggadah) which might focus on particular injustices of today, in recognition that until we (everyone in the world) are all free (from slavery, from fear, from subsistence, from injustice) none of us can be truly free.

For more ways to show up for your Jewish neighbors, friends, and family: