I was out in the garden last evening, pulling up all the stunted plants that hadn’t grown more than an inch or two, and turning up soil where things didn’t grow. I had watched a YouTube video yesterday on what you can plant the end of July and beginning of August. So I planted more beans in the sun and peas in part shade. I don’t know if the peas will like the heat, even in part shade, but we shall see.

I noticed something has been browsing the beans. I’m guessing deer. I told Hubby if more disappeared last night we’re covering the beds with netting again. It’ll be interesting to see if anything is left today.

Out picking lettuce, beet greens, kale and nasturtium flowers this morning for a green salad this evening.

I need to take the tunnels out and plant the things I have for them later in the season: peppers and tomatillos and basil.

Picked peas and blueberries. About 12 peas and 4 blueberries and one of them I threw on the ground. The birds had gotten 1/2 of it and it wasn’t completely ripe… There are a few blueberries still not ripe, but the bulk of it is over.

I live in the equivalent of 9b down here and I’d hold off on planting citrus til the spring.

Why Are Citrus Trees and Other Evergreens Planted in Spring?

The recommended time for planting all evergreen trees and plants, including citrus, is in spring, and the next best time to plant them is in early autumn. The question many new gardeners ask is why… 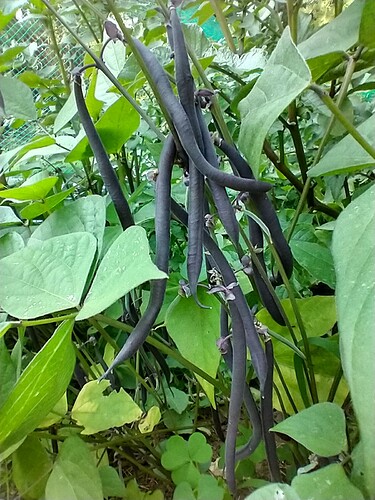 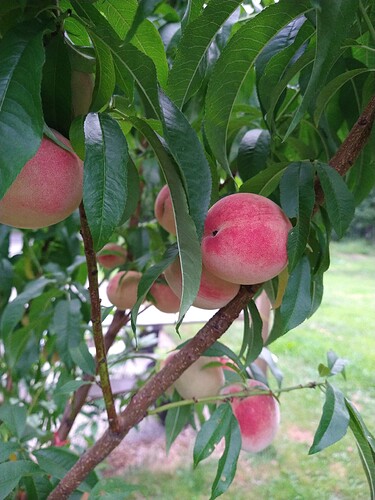 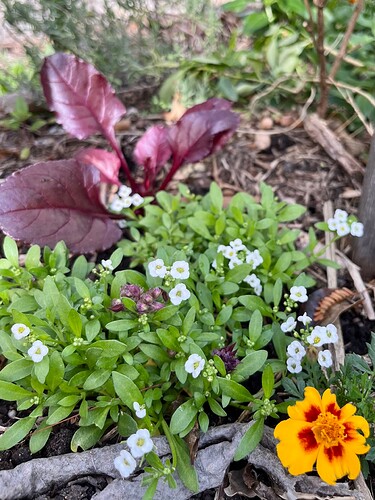 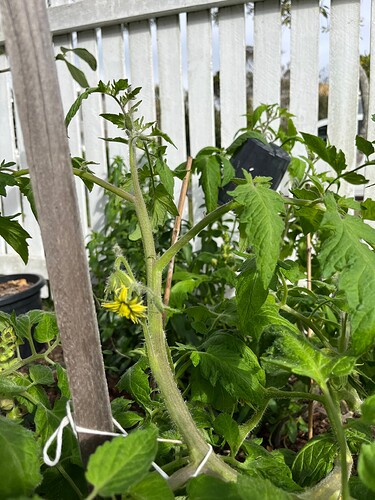 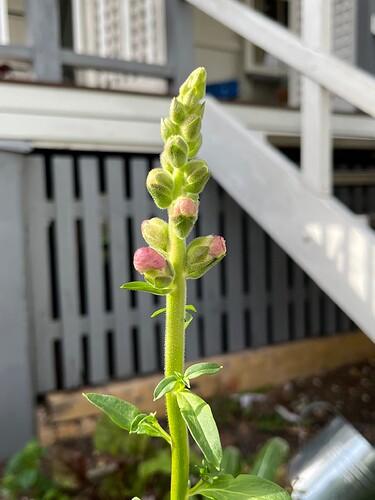 Mixed snapdragons are delightful. These haven’t bloomed yet so I’m not exactly sure what the colour will be like. The anticipation of is very exciting.

The tomatoes are flowering. I haven’t staked them properly yet. I’m kind of surprised they are looking so healthy after a very rough start. 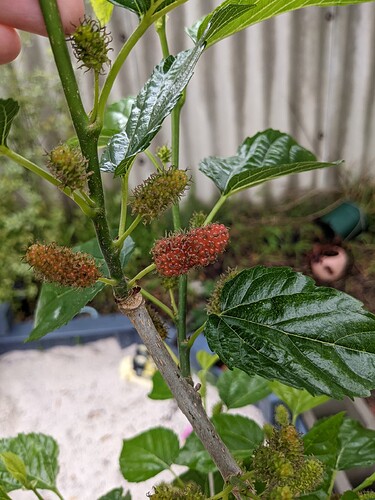 They were delicious, cooked in duck fat, in tonight’s roast dinner

So now I’ve got space to put more stuff in. There’s another month of winter ahead, frost is a possibility, and I’m wondering whether I should pop in some late season brassicas.

Speaking of which the last of our brassicas are finishing up. No more sprouting Broccoli or Cauliflower. They’re going to leave some space too once I cut out the bases of the plants and feed them to the chooks.

Deer ate my second crop of bean sprouts last night. They made inroads into the tops of the mature beans too. 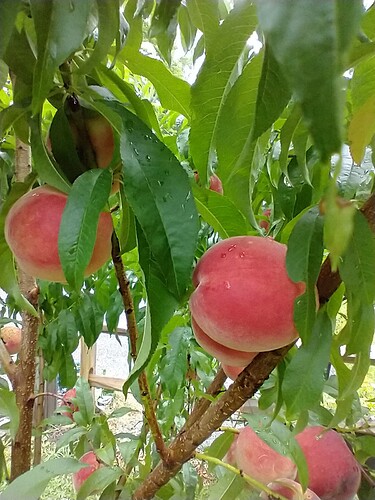 This is a White Lady (lol) peach, supposedly an early variety which ripens in July. My tree has only been in the ground for 2 years (and yes, yes, I know I should have removed more peaches probably but also it was a 7gal nursery pot tree, not bare root or anything). We’ve been in drought and although I have been supplemental watering, I think that has slowed it down. The peaches are a little under-sized as well. Color looks good but they have only the tiniest hint of give under pressure. The tree only has fruit on the lower branches, thanks, I think, to that late freeze we had.

Here’s the rub - chipmunks have started taking bites out of the peaches. I thought maybe they were just thirsty (see: drought) so I put a pan of water out next to it, along with one peach that was pretty banged up. They ignored the water entirely and have been eating the peach on the ground. (But I’ve also seen them in the tree.)

Would you pick now and hope they were ripe enough to continue on the counter? I don’t really have a good way to protect them from chippies.

It isn’t as though I will get no peaches this year. I have two neighbors that have trees that ripen later (like Aug and Sept) and they always (supposedly) have gonzo crops. But these are my peaches, and there are only a dozen or so on the tree…

Also would you look at these volunteer tomatoes. They are only slightly behind the ones I actually planted as starts. And I have more growing out of the remains of the original compost pile. 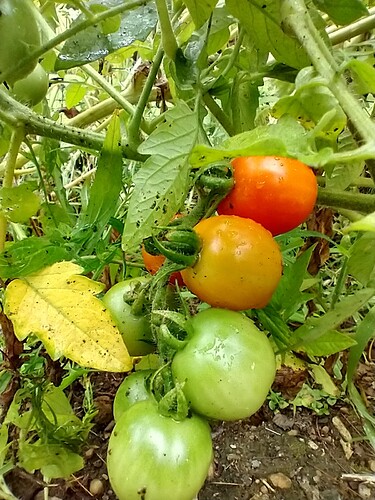 Maybe I’d split the difference and pick SOME now and hope that some survive chippies?

Chipmunks are assholes. Squirrels are also assholes. Having said that, I used to have a tree…Palisade/Colorado peaches so not quite the same, but I’d start picking when they were pretty firm and never had any issues getting them to ripen when left out on a table. Mine were coming in considerably different quantities (tree had been in the ground close to 40 years), but generally if I had some I didn’t want to ripen I’d stick them in the fridge when they were still firm and then when I brought them out they’d get good quickly.

ETA–apparently if you do jam/jelly the single-bite ones are still usable…I think I only tried once and after that just froze them in bags so not a lot of experience myself, but one of the guys at work always offered to take home all the leftover peaches when I’d bring in coolers to work and didn’t much care if they had nicks as long as the damage wasn’t too extensive to be cut out.

Yeah, later when I get more quantity (or if/when my friends offer some) I might make jam, I have before, but I don’t have the quantity yet. I don’t mind using insect damaged fruit (cutting around the damaged bits), but mammals are such adorable little disease vectors that if it is pretty clear it was a mammal taking bites out of it I would definitely want to boil the crap out of it!! 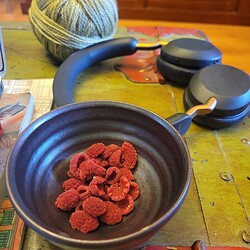 I haven’t measured, but it is quite possible i have gotten a full cup of raspberries this year. This is thanks to actually spending time on the porch, only a few ripen each day.

The internet calls them ‘dry crumbling unappetizing’, another calls them ‘insipid’ - this is definitely fake news when it comes to my tart seedy stunners.

Pick one and see if it’s ready?

We had two peaches on our new tree, and we’ve eaten both of them and they were delicious. Next year I’ll use fruit bags, probably.

New question: I have some radishes that are far beyond the 30-days-to-harvest timeline. I usually don’t have great luck with them so I kind of forgot about them. They haven’t flowered yet but they are really big. (Also some are oddly shaped, I have a lot of rocks.) Will they still be good? 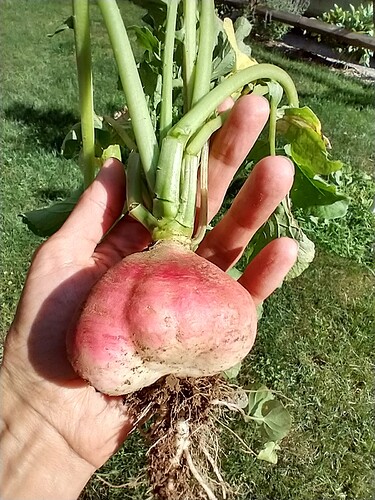 Are you sure those aren’t beets? Because that is a HUGE radish.

If it’s really a radish, it might be kind of woody, but shouldn’t taste off if it hasn’t gone to seed.

Yeah, definitely radish, because I didn’t plant beets this year!