@LittleWanderer suggested a separate thread so I made this 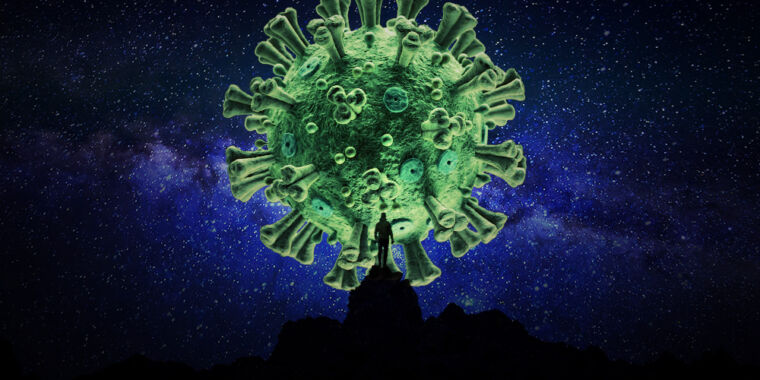 This is a fast-moving epidemic—we'll update this guide at 3pm EDT every day.

And this article @Smacky posted as well:

I don’t recommend panicking, but I do recommend taking precautions all the same.

I’m high risk so I’m playing it very safe. I thought this was an interesting read: 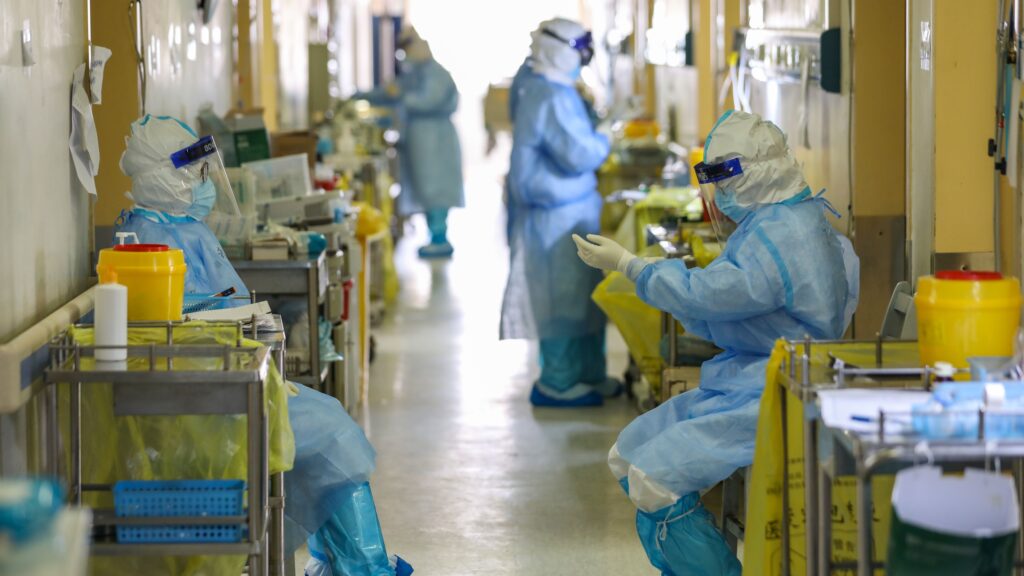 Using the current doubling rate of Covid-19 cases — six days — the U.S. will be facing shortages of hospital beds and face masks by May.

For me, the risk is not worth it, so I’m pretty much not leaving the house except to go for walks in my sleepy/residential neighborhood where I’m often the only person out walking during the day, or drives to take in the pretty views. No climbing gym for me, or book club, eating out, physical therapy, shopping, public transit, events, etc.

I have enough food for a month or more, some water, got extras of my prescriptions, etc. My husband’s company is already making everyone work from home, and he’s wearing latex gloves when he goes out. We’re also washing everything we get from stores/the outside world with soap and water.

Despite all this I’m not terrified or freaking out! Being prepared is taking cautious and calculated steps to protect yourself. Freaking out is being wildly irrational and scaring yourself and others. Big difference!

Despite all this I’m not terrified or freaking out! Being prepared is taking cautious and calculated steps to protect yourself. Freaking out is being wildly irrational and scaring yourself and others. Big difference!

Excellent Article. Thanks for sharing!

We’ve implemented “summer field work” protocol. All surfaces touched during the course of an outing are washed with 91% isopropyl alcohol, clothes are removed in the garage, then taken directly to the washing machine, shower immediately, then run the laundry. Aside from that, the usual amount of food we keep around plus a little extra has us pretty well set.

If you’re curious about why we already have a protocol… well, I have pretty bad seasonal allergies and I’m super allergic to poison ivy (like, a light brush with a single leaf can go full systemic for me) and my wife’s jobs usually have her rolling around in fields full of pollen and poison ivy/oak. So yeah. it’s almost business as usual, except the garage is colder.

As to the virus itself, I’m not worried about being sick for our own sake. Plenty of terrible shit has tried to kill me, so what’s one more? But since there’s no herd immunity and the incubation is so long, I’m doing my best to avoid making it worse for everyone else. The hospital system I work for is doing a pretty decent job of keeping us updated, and I’m hoping that they’ll institute an “everyone just work from home for the next 2 months” protocol if cases start to pop up in our area.

I’m high risk and work in a hospital where in turn I am a high risk vector for incredibly immune-fragile children, although not as likely as staff working in the units.

I am advised to discontinue public transit during hours where there are a lot of sleepers or commuters (so both ends of my typical commutes are out).

I am also advised to practice social distancing once the virus is in my county, which it is. I have yet to determine how that will look in practice since I just agreed to let a 22 year old that works in retail move in to my house

and the bike season is starting to ramp up with events for which I have responsibilities.

I do need to pick up extra medication refills as several of my more important medications are on “high risk for shortage” lists.

I’m really glad that you were able to get extras of your prescriptions.

I’m washing my hands much better than I used to

I’ve been in a few meetings with Important People this week that are incredible. Some wicked smart people making rational, considerate decisions across all disciplines to best protect our kiddos that need medical care regardless of what is going on around them.

And then, we have people on staff here who will damn sure get supplies in house even if the rest of the world says it won’t happen

I am often given grief by data analysts and the finance department about choosing vendors based on our relationships. This is why. Taking care of people is never just about the numbers.

We are on the last day of DH’s voluntary self-isolation – he returned from China via Seoul on Feb 27th. Ironically, if he had NOT voluntarily isolated himself he probably would have been more at risk of getting exposed here in the Seattle area than he was a risk to others, given how horribly local public health has bungled the early stages with lack of testing and identification/isolation. If you figure an R naught of just 2 (and the NYC cases seem to indicate much higher numbers for at least some superspreaders), then there are hundreds of people walking around infected by now just from the Lifecare cluster. ERs are already strained. I expect we will see a similar situation to what Italy is facing in a week or two. They don’t have enough respirators so people coming down with severe cases now basically cant be saved. Tragic outcome that could have been reduced or maybe even averted if other countries had learned from the lessons in Asia. China bungled things early, but then kicked into high gear and seems to have gotten the situation under control. Korea took a bit of time to ramp up, but now seems to be doing well with containment. Taiwan was ultra attentive to both testing and contact tracing, and seems to have done everything right from the start. If only we had their health system …

So even though we technically can “jailbreak” tomorrow, I plan to continue social isolating. Better safe than sorry. It has been nice enough to garden, so I am doing a lot outside. Picked up a stack of holds from the library on monday (wore gloves and then disinfected everything once I got home). Am using the Fred Meyer pickup service for groceries, and will switch to delivery if anybody starts having symptoms at any point.

There’s a secret hallway between my hospital and the next hospital only accessible by a few staff that aren’t fancy doctors. I met a colleague from next hospital there to borrow an instrument and while I was waiting happened to eavesdrop on a phone conversation of an immunologist. It was pretty fascinating.

I’ve been doing a lot of reading. (Too much reading?) I’m going to social distance myself and self isolate as best as I can. No visiting my parents. No hanging out with friends. No climbing gym. I will go to work and to the grocery store until further notice. If work gives me the option to work from home (unlikely to happen, but a girl can dream), I will take it.

I am not particularly worried about something bad happening to myself if I were to get sick, but I don’t want to contribute to the spread.

I was texting with my friend who’s a NP and part of my climbing group about all this and she was basically like, “Whatever. Lots of media hype. Flu is deadlier.” Ummm, no?

I feel like it’s kind of irresponsible to not social distance yourself at this point. Maybe I’m giving into the media hype? I don’t know. I’m kind of anxious about the whole situation.

It’s hard. I’m with you @LittleWanderer but Partner is in more of the “wash hands, be cool, but not worth thinking about too much” camp currently. She is not social isolating and is in fact traveling domestically and internationally this week, haha. We all have to make our own decisions. I wish I had answers. Or a crystal ball, in fact.

I feel like it’s kind of irresponsible to not social distance yourself at this point. Maybe I’m giving into the media hype? I don’t know. I’m kind of anxious about the whole situation.

I’m feeling the same, right now - as in conflicted because watching the data suggests the #1 thing to do is social distancing, but also worried that the hype is a lot.

Unfortunately, my sport is in a ~~ mall ~~ and I’m MCing two events in the next couple weeks that haven’t been cancelled yet.

This has been useful for reporting for me:

Oh my gosh, me too. I was so nervous they would say no but my doc sent it through almost immediately! Giant relief!

The rest of my climbing group doesn’t seem concerned about it. I guess if I come off as a paranoid weirdo, then so be it.

The university in my town has gone to online only classes for the next week or so. As well as another one an hour away, so I expect more to follow. I am not social distancing on purpose, but as an introvert I don’t tend to go out much more than I have to anyway.