What Blender Should I Buy

Get a super fancy califragilistic one. Really really. And get it at Costco if possible so it can be returned.

Signed, about to write about my blender in the good purchase thread

Mine is a vitamix and until I got bad customer service on my lifetime warrantee (I won) I defended to the death in the other place. But I think blend Tec and ninja have the same innards for less. You want a motor that can blend your enemies ship to dust without a fuss.

I went through blenders at least once sometimes 3x year until my precious.

Also my local thrift store does not have 5$ blenders to anhihalte, so that was a lot of money per year

Boyfriend’s blender is a Cuisinart, and it’s held up for several years, with some decently heavy duty use – I use it to make smoothies near-daily (frozen berries, banana, yogurt, water) and other housemates use it to make things like salsa and milkshakes. It was a gift, but I suspect it was $100 or less.

I do not, however, know its efficacy with actual ice cubes.

What do you need to blend? I ask, because as a former Vitamix Professional User (in commercial kitchens where I had to make a TON of nutmilks and raw dressings and it was essential), it was hard to replace, but we stumbled upon a two-pronged solution:

What do you need to blend?

A former partner had the Ninja version of the Vitamix - glass container, blades all the way up the shaft. That thing was AWESOME. He bought it at Costco for $99 but that may have been a Black Friday thing. Ice cubes, no problem. Whole onion, pulse pulse, chopped. Whole onion, tomatoes, jalapeno, pulse pulse, salsa. Banana, oats, ice cubes, peanut butter, frozen pumpkin cubes, nutmeg, whirrrr, pumpkin pie smoothie for breakfast.

I got a Ninja on sale, it can do 99% of what a Vitamix can do but is $100. It came with smoothie cups that attach directly to the machine so I don’t have to make the big blender cup dirty when I want a smoothie. I use it daily and love it very much.

Do you know which ninja you got? 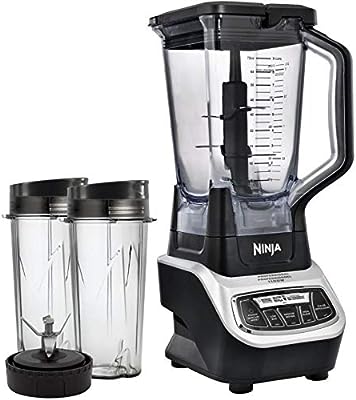 This one looks even more versatile: 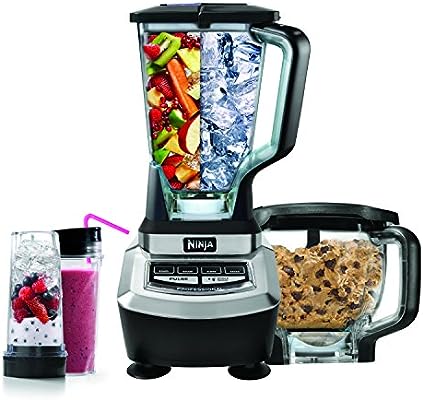 Ooh yes that looks the same as {person}'s!

Decision made!
I have approx. $100 in Amazon money coming my way from filling out a health risk assessment from my health insurance (which told me to get better sleep and be less anxious, THANKS! WILL DO!) so the simpler NinjaShark is what I’ll do, with a to-me cost of $20. WIN.

It’s important to choose appliances with shark in the name

I think it’s important to have a domesticated land shark. 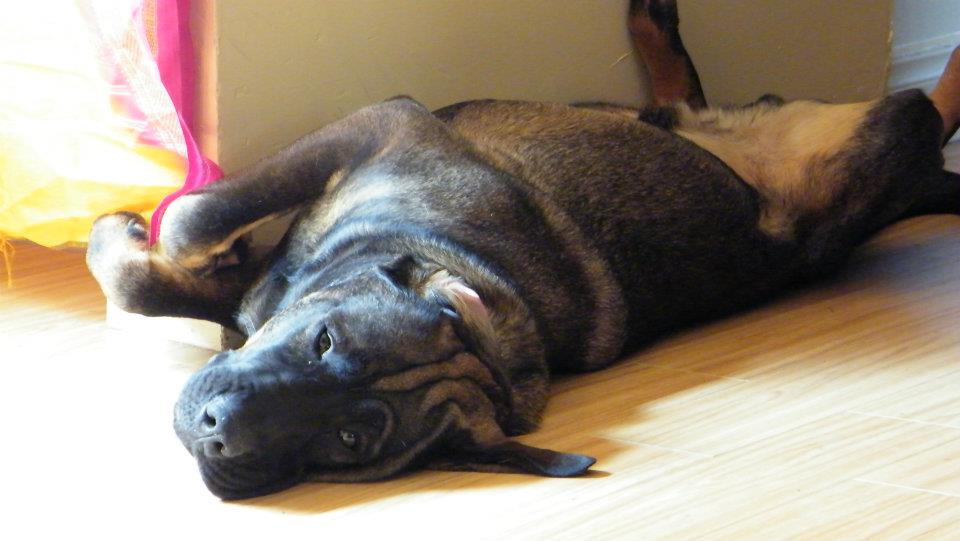 If you haven’t yet spent your Amazon money, let me say I have had no issues over the last several years making smoothies and banana ice cream in my Oster, of which you can always find examples at thrift stores. They are not sexy, but they are cheap and functional, and all the carafes fit in all of the blender bases. Even if you buy a new one, you can get it for $20-$25.

This part is important! I burned out the motor (twice) on a cheaper Ninja blender years ago, and have had bad feelings about them since then. It’s nice to see that there are much better models–possibly even worth joining Costco for. I have a ~$30ish dollar blender that’s at the end of its not-super-productive life, and I’m also in the market for a nice-but-not-Vitamix blender.

I bought (and have now received) a Ninja blender! I got the one @Smacky linked to, the BL620C.
Will it hold up?
I’LL REPORT BACK.

So far it makes smoothies.
A+
lol

Costco has a Blendtec model I’ve been very happy with that normally sells for $270ish but they had it on sale earlier this year for only $200.