The sun rose very bright on the east coast of the United States, where the election is still in progress.

The makeup of the Senate is going to come down to 4 races still open:

Georgia: Neither Warnock (D) or Walker (R) have 50% of the vote. The state will have to hold a runoff.

Either way, no particular mandate came out of the elections. American remains divided along urban and rural lines.

In Nevada the votes still to be counted are in Clark county which is always blue and Washoe where I live that’s usually blue so Catherine Cortez may still win.

I’m here to celebrate our lesbian governor and massachusetts being Good Guys and voting on all the things I cared about in the way that I wanted them.

I have no idea what’s going on in the wider sense. not sure its nice to post this, but THINGS ARE SWELL HERE IN MA, EVERYONE.

In Clark County, Washington, Perez (US Representative) and Horsch (County Sheriff) are in the lead, but results aren’t final.

I desperately hope that Kent (Us Rep) and Reynolds (Sheriff) don’t pull ahead. They were interviewed by a local podcast and were spreading so much anti-LGBT rhetoric. It makes me sick to my stomach thinking they might be elected.

I am happy with the way Michigan went! Democrats retaining all 3 main races and proposals including abortion and voting rights passed.

Minnesota went Dems for all state legislature. Here’s to hoping we can actually accomplish something over the next couple years!

Came here to celebrate MN too! Really glad I was able to confirm that my absentee ballot was received after seeing those margins for AG

thank god, it looks like gen z held the line against fascism for one more cycle 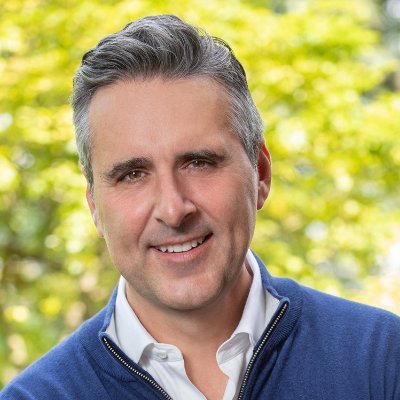 @AOC
The role of young people in this election cannot be understated. Turnout delivered on many of these races. By 2024, Millennials & Gen Z voters will outnumber voters who are Baby Boomers and older, 45/25. We are beginning to see the political impacts of that generational shift. twitter.com/antonioarellan…

BREAKING: According to the Edison Research National Election Pool exit poll, the national youth vote choice for the U.S. House of Representatives was 63% for Democrats, 35% for Republicans. Voters 18-29 are the only age group in which more than half of votes supported Democrats.
8 Likes
Bracken_Joy November 9, 2022, 5:46pm #9

this one says the next count is at 5 pm. I know Kent was telling folks to vote at the last possible minute, idk if that will make any difference in counting.

It looks like Measure 114 is going to pass in Oregon, a gun control measure. Far left and most of the more conservative Parts of the state (outside the cities) are United in hating it.

Very interested. It does feel like it is a bit of an unfunded mandate- police will maintain a database and decide who gets a firearm license and there is training required to get one. Sounds great, except the government approved training programs and staff for this don’t exist, and people are not happy with giving more power to law enforcement, which has a history of unequal enforcement of crime related administration (drug exclusion zones much? Driving while black?)

Gun policy is very much not my thing, so I absolutely do not know what to think. I voted for it. But with only the lightest of fingers.

It would all seem a lot more secure if the democratic party and DNC could get out of their own way in attracting voters over 30. It probably won’t happen, but hope remains.

I’m thrilled that Schrier is ahead in WA-8, my old home district! She is trouncing Larkin in King County, which has one of the lowest percentages counted so far. Her advocacy for farming issues helped keep her relevant in the more conservative counties. Well played!

If we can flip WA-3 that will be amazing…

police will maintain a database

thank god, it looks like gen z held the line against fascism for one more cycle

i LOVE gen Z with all my millenial heart

From what I just read, it looks like the Measure 114 would take what’s pretty common for legal concealed carry (class, permit, background check), and applies it at the lower level of simply owning.

In that case, it wouldn’t really be a database. The police (theoretically) wouldn’t be keeping a list of who’s applied. They would simply process the application, say yes or no, and move on. That said, once data is entered into a digital system, it’s definitely possible to go back and look at who was issued a permit to own…

As to power to the law enforcement; I couldn’t find if the permit to own would be a “shall” issue, or a “may” issue.

me too! they can make fun of my skinny jeans and

usage all they want! i still love them!

i love this song