I have another baby cage coming for inside the house. Baby cages make life so much better!

That looks WONDERFUL. I need something like that for next summer, wow!

If you want to be fancy, you can call it a “yes space” instead of a baby cage

. I came across this on an IVF podcast where the hosts had success a couple of years ago and then became slightly insufferable, as first-time parents sometimes do, and took up something called RIE (Resources for Infant Edu-carers) that is apparently popular in LA. Anyway, I think the idea is to create a space where everything in the space is permissible for the little one(s).

Janet Lansbury follows RIE, from what I’ve read of her books

(I personally can’t with Janet Lansbury but that’s a me personality thing).

We used to have a gated “yes” space in our living room but my toddler will not be contained lol. He wants out of any contained area…I’m envious that your kiddos enjoyed the safe space.

Janet Lansbury follows RIE, from what I’ve read of her books

LOL, I can’t either, for sure, but I didn’t encounter her until my kids were past her ages anyway.

This is exactly our scenario. Our girls will not be contained and just stand at the gate and cry or physically push it over or move things around to (unsafely) climb over it

We couldn’t gate anything off because it was treated as a giant flashing sign of “Something cool over here that you should try to touch!!” versus if we didn’t gate it (but kept an eye out) it was much more likely to be left alone. That was gating off a small thing rather than trying to contain though.

Yep, the mere existence of containment is enraging, even if I’m in there, we’re doing fun things, etc.

Duckling is 4.5 years old. He was doing “gymnastics” climbing over the fence and back again. Pumpkin thought that was hilarious. He also sat in there with her throwing a ball against the walls and then they crawled around chasing it together. It may not be as much fun once Pumpkin is used to it, bit Duckling definitely thinks it’s just playground equipment.

I stayed in the fucking room if coughing and crying and touching even though it was my gd sleep night, so my child got sleep and comfort.

And also: “(I handed him to the father and claimed bathroom time just now )”

I found a magic set of choices that reduces our tantrums.

“Ok I see you are having a hard time doing X. You can do it by yourself or I can do it for you. What do you want?”

9/10 times he chooses doing it himself. 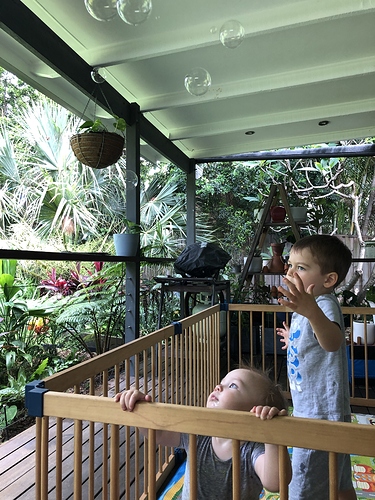 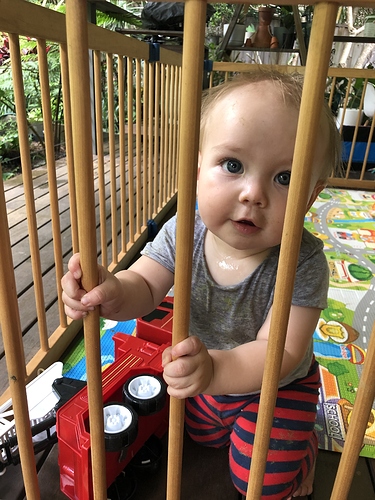 Can I get a gold star for how lovely Pipsqueak’s room is, even if it’s only 90% completed? We have so much fun playing here now that I’ve rearranged things and added a couple things. I have anchored furniture to walls, added a bookcase and a mirror, and hemmed 1/2 the curtains

. Still need to hem the other curtain and figure out how to make the keyboard safer (not pictured) 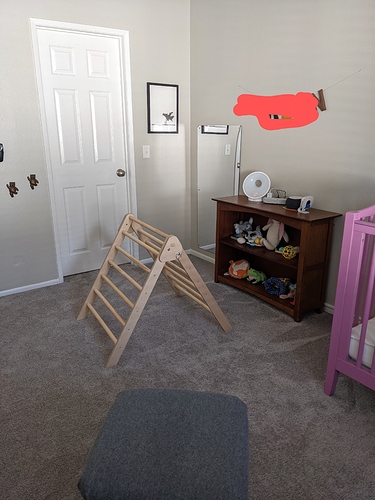 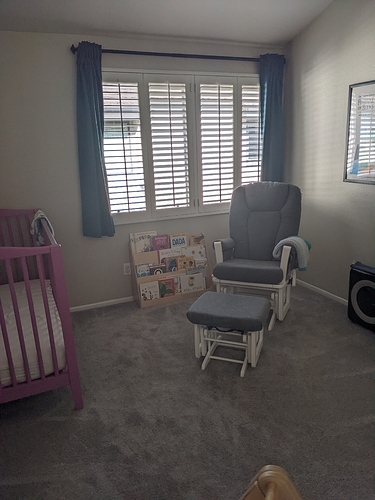 I helped my darling, adorable, irrational perfectionist insecure procrastinator daughter write her essay that was due today at 10pm last night instead of taking a shower and putting my tired ass to bed like I wanted to. You know, again. I don’t know how to fix her but at least I just keep her from falling off a cliff? She can count on me?

How does one know the difference between supporting and enabling? Is enabling a thing when parenting a fragile 14-year-old? Only support at this point, right? I really hope I’m making the right choices. Sink or swim certainly seems wrong, but who knows? Not me, but I guess I’m just going to keep doing homework with her. I guess she can sink or swim in college?

Uh, stream of consciousness potential ideas ahead. I’m working on my own perfectionism at the moment…
If there’s things she can fail on, let her fail on those. Where “fail” might mean poorer marks, handed in a day later, a non-school commitment. I’m pretty sure you aren’t writing these for her, just being there as a support buddy, and honestly she’s going through a lot, so yeah, support support support but also take the breaks you need if it truly isn’t urgent, and start providing support to learn better study habits like a once-a-week (or twice a week?) Regular study time, maybe? Where you work on your own thing alongside her (maybe you’re doing the household paperwork or something) and she knows the same time and place every week, to help her start building her own habit, instead of her habit being “thing due in 24hrs grab mum for support”?