Getting in the October Spirit

(See what I did there?

It is now October, and given the state of the world I am leaning in to beautiful foliage, feeling cozy, and watching spooky movies. I can always use some inspiration, so please share what you are doing to get into the autumnal mood.

I am reading gothic and creepy novels, rewatching Halloween favorites (Hocus Pocus, Beetlejuice, the Craft), and drinking tea by the gallon. I have at least 4 decorative gourds around my house already.

I can recommend the novel Mexican Gothic for some slightly creepy but not very scary intrigue (TW some sexual assault stuff). And I am about to start Shirley Jackson’s the Haunting of Hill House for our October book club!

(See what I did there?

…I’m glad you pointed this out, because I’m tired enough I may not have gotten it otherwise

The Friday mush brain is real

I have acquired an obscene amount of pumpkin-spice related consumables and will be procuring apple cider in the near future as well. Mostly, though, I have become a fuzzy blanket burrito and refuse to consider other wardrobe choices.

We have a steady rotation or spooky horror movies on all year but it amps up in October. I love the revisit old favorites. Even though we’re staying home this year, I think I’ll make And wear a costume just for funsies.

Ooh, what movies? I need inspiration!

Yes! I’m sure you’ve seen these and I will leave off some of the gorier ones but old favorites, other than the ones you named: The Burbs, The Shining, They Live, all of the Elvira’s Movie Macabre, House/Hausu (1977), and so many more!

The new additions to our haunted zoo arrived yesterday and we will begin decorating the front yard tomorrow.
We just got our fire pit and I’m hoping to roast some marshmallows tonight.
Some materials for our candy chute have been acquired and work on that fine implement will begin soon as well.

We take Halloween seriously over here!

Um… CANDY CHUTE?! What is this marvelous thing?

I’m immunosuppressed so interacting with God knows how many kids on Halloween is a no go this year, but I refuse to not get the pleasure of handing out candy.
Enter the Candy Chute!
We are making this chute/slide out of a bunch of very sturdy big cardboard tubes so I can put candy in it from my front door and it will slide down across the lawn to the kiddos on the sidewalk, keeping us more than 6 feet apart. I’m considering adding a bell or something to it to alert us when there are kids there since we don’t want to have to sit outside for hours.

Saw lots of cool pics of similar things, a candy chute is such a great idea. We are on the hunt for Halloween costumes for the littles and ourselves, and I just finished my first batch ever of crabapple jelly.

On the agenda is making a big batch of chai tea mix, and collecting leaves this weekend with my 2.5 year old. Love fall!

I’m channeling some of my angst into doing Halloween stuff for my kid. Stuff that’s either too much effort or too “silly” to do for myself but that he’ll enjoy. Right now I’m at the stage of adding ideas then eventually I’ll edit down.

Our neighborhood is not a trick or treating neighborhood, that’s the next one over (love the candy chute idea @Marcela !), but we do have a lot of foot traffic so I’m putting up some basic Halloween decorations for the first time ever. I’ll post pictures once I get it done this weekend. Oh, also I’m going to dye my hair purple at some point, because why not. My hair is already dark so no idea if it’s going to be noticeable or not.

Edit: I just put up a new cinnamon broom to replace last year’s. I let it sit out in the garage for a few days after I brought it home so it’s not quite so punch-you-in-the-face with the smell.

Those sound like so much fun. Also, what is a cinnamon broom and why do I feel like I need it in my life?

Urgh. Cinnamon broom season. I always hated walking past that display at Publix because it felt like getting punched in the face by cinnamon. One broom can be lovely. A dozen or so, all piled together? Full frontal assault on the nasal passages.

My annual LA tradition is to lament that everyone else’s first cold snap is our third heat wave of at least 4. At least this year I have the PTO to go away to the mountains for a bit!

I dream of maple leaves turning yellow and red, and the slow, chilly drizzle that is perfect reading weather.

I’ll take apple spice everything over pumpkin, and relegate Halloween to the last week or so only. Sorry, but my birthday is mid October and while I enjoy witches and costumes, ghosts/zombies/horror is very meh… I’ll take Classic Fall, not Spooky Fall, please.

Posting to follow, As born and living in Germany this is always interesting to me. Halloween is something wich took hold in the last decade here.
Traditionally kids get candy here on St. Martins day, they do a procession with lanterns and go from house to house to sing and get candy. But there are no decorations going on

So completely different but fun to watch and listen for me

Cinnamon brooms are not functional brooms, they just look sort of like brooms then get cinnamon scent applied to them. Looks like they come in different sizes 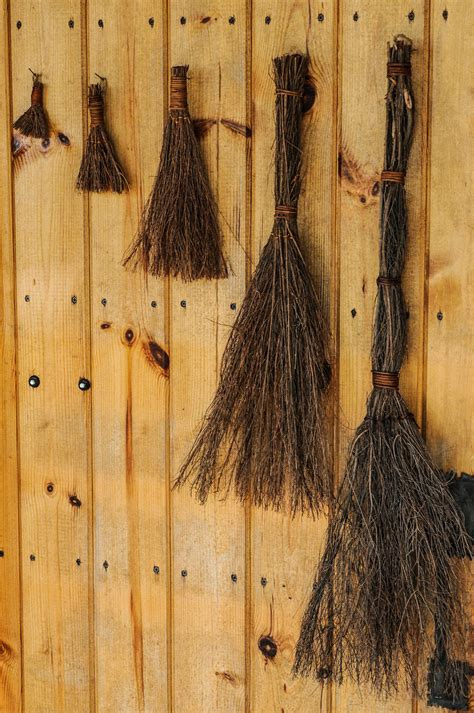 Even keeping my one broom out in the garage had a few days of CINNAMON!! every time we walked out there. Now it’s more of a low-key thing. I have mine hung over a doorway.

We’re not super into Halloween decorations (more because of $) and not yet sure what we’re comfortable letting the kids do as far as trick-or-treating. A big tradition has been night trick-or-treating with my sister’s family and then having a late dinner but I don’t know if that’s going to happen either because of how my family is treating me after coming out.

Weather here may also be a deciding factor. We can have anything from snow to 80 degrees on Halloween, or last year it was snow the day before and 80 degrees Halloween proper, lol

Weather here may also be a deciding factor. We can have anything from snow to 80 degrees on Halloween, or last year it was snow the day before and 80 degrees Halloween proper, lol

Dang. I assumed northern Halloween was more reliably cold considering the padding that seems to be on every single dang kids costume. I would not have thought that “something my kid won’t sweat to death in” would be such a limiting factor for off the rack costumes, and yet it was.