So, being a card carrying member of the “just buy index funds*” school of investing, and having little interest in losing the Game of Stocks, I rarely follow individual stock news, but this is…unusual to say the least?

(*substitute good track record, low fee mutual funds when IF are not available)

AMC, GameStop stock are on a Reddit-fueled roller coaster. Why, and what...

Wall Street's bets against GameStop sparked an epic war between online traders and big-time investors. Billions of dollars are at stake.

Realizing as I see friends posting about it that:

A friend was ranting about trading getting shut down, that it’s effectively privileging hedge fund trades/choices over basically the same funds from a collective of “civilians” so to speak. Not sure how to respond to that.

I’m in a similar mental space. I have extra background in a couple of weird things around mortgage-based securities because of working on a case back in ye olde daye, but… yeah.

I genuinely do not understand how short selling is legal. My understanding is that the investor “borrows” shares, sells them high, and then hopes to re-buy them low and return them to the owner. In what fucking world are we allowed to sell things we don’t own?

I don’t understand how shorting is done but maybe I don’t need to know the mechanics of it.
The weird thing about the stock market is that its mostly computers trying to predict what humans will do. Like, the vast majority of the dollars are controlled by those computers. It’s like those games where a person in a group has to guess what the others are most likely to choose. So to predict market behaviour we have to think about what algorithms will think humans will do. The whole thing is just crazy nonsense but it’s underpinning big parts of global society.
It makes no sense at all and moments like this GameStop thing really illustrate that. 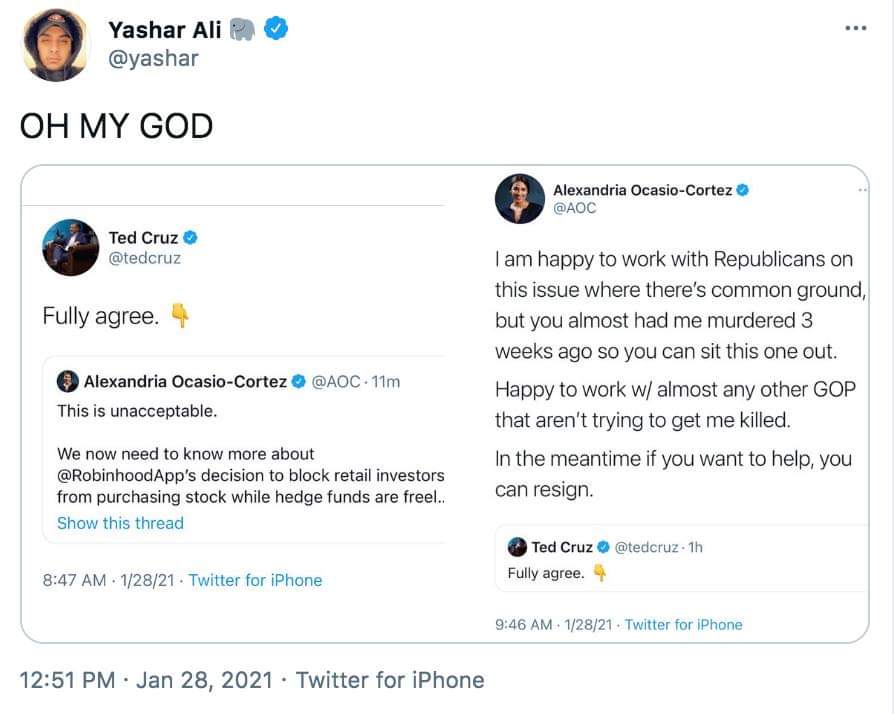 One thing I don’t understand is trading did not shut down.
Robinhood shut down BUYING. It is still allowing selling. I do not understand how THAT is legal. That is flat out market manipulation. (Apparently 50% of Robinhood’s accounts own GME today. Robinhood’s largest corporate customer is also owner (?) of a major hedge fund who is losing billions in this squeeze. It is in their interest to disallow retail buying…because they need the price to fall to be able to cover their short position.)

Honestly, I feel bad for people who don’t understand what is going on who are getting caught up in this, and will likely end up losing. I do not feel bad at all for hedge funds who bought more than 100% the value of a stock in short sales. You should not be able to own, apparently at one point, 260% of a company. They were betting on Gamestop failing as a company, and planning to profit on it. They are now losing an incredible amount of money due to the squeeze, and blaming retail investors for playing the game in the same way they ALWAYS do. Rules are only for the poor.

Rules are only for the poor.

In what fucking world are we allowed to sell things we don’t own?

I imagine it as going into debt or like, promising to buy the stock at a later date? I think the short is time limited, but would have to rewatch The Big Short as a reference

I do not see how the ability to do this benefits the market or the company, or anyone besides the short seller? That doesn’t make sense in the way that “vanilla” investment and non-stock market debt both do.

WRT trade shutdown, my understanding fails a little… is it like… the company that keeps “your stocks” is prohibiting trade, or the marketplace managing all the stocks making the prohibition (selling or buying…)

I’ve been reading online explainers on this.

But I’m still confused. How can you short more than 100% of a stock? What does the stock market and valuation even mean??? What is valuation? (Okay these are philosophical questions now)

In what fucking world are we allowed to sell things we don’t own?

I mean, to be fair…people and corporations sell things they don’t own all the time. Mortgaged houses… products sold on lines of credit.

I can kind of understand how short selling up to the existant number or 59% of existing number of stocks us legal. But over 100% is ridiculous. And basically the rich gamblers we’re foiled by the nouveau gamblers. I wish I’d been a part of this beautiful moment of history

Class action lawsuit filed against Robinhood by a bunch of redditors

Mortgage backed securities often involved the same mortgage packaged into multiple securities, so being able to short more than 100% doesn’t surprise me. Whether it should be legal or not, I simply don’t know enough economics to have an opinion

Cory Doctorow had an interesting thread (tautology?) about Robinhood’s role in this all.

There is no shortage of takes about what's going on with Gamestop (and other surging stocks), Robinhood and Reddit's r/wallstreetbets, many of them contradictory - at least on the face of them. But I think it's possible for most of these takes to be right. Here's how. 1/ https://t.co/n9oBXu3MJW 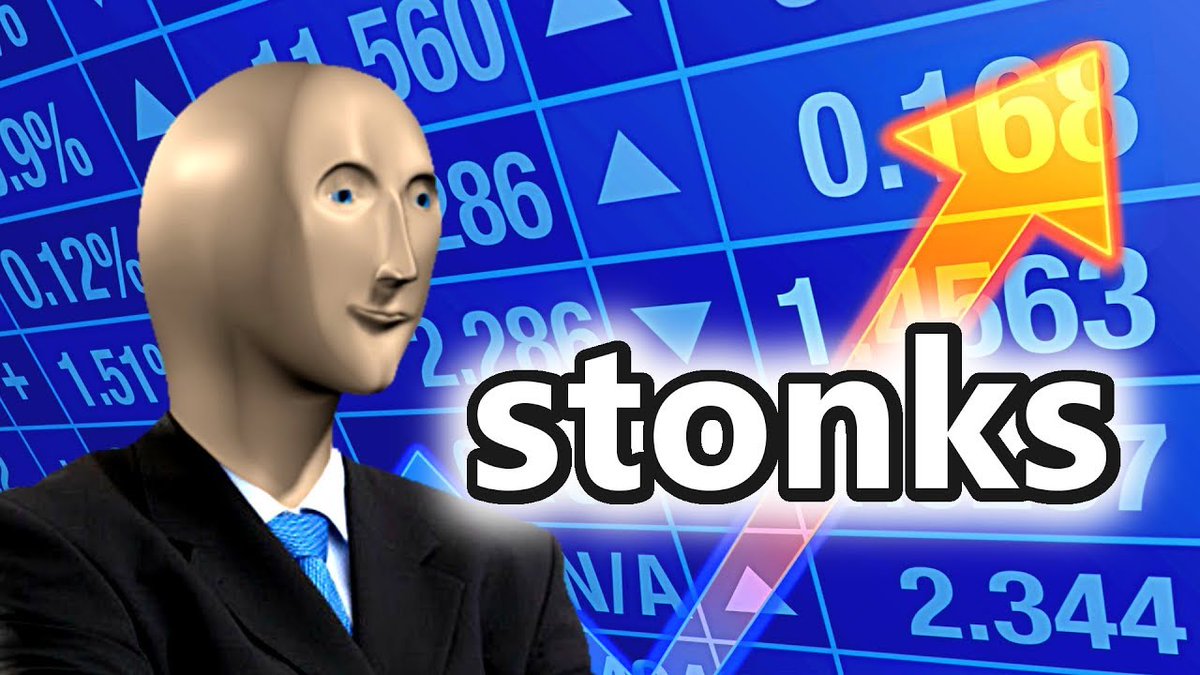 Oooh I appreciated that.

12/ answered my question about the benefits of shorts: calling out BS, fraud, etc. Apparently shorts can actually fund research into shady tech and practices?

Shorts are time limited. Which is why shorting GME right now would be stupid. Yes, we know it will go down…but will it be soon enough?

They can also be called by the brokerage if the stock rises too much, sooner than that limit. Hence hedge funds losing billions in this squeeze.

As for the more than 100% thing. I don’t get it. But it does seem exceedingly rare. And probably won’t happen much more, even if just self regulated, because that was what allowed all this to happen.