The physical shelf, or the collection?

We finished Pandemic Legacy Season 1 recently-- it took 1.5 years. We just started Season 2 and finished January. We’re in a rush to make some progress because our friends are having a baby this December!

There’s a lot that I actually like more in Season 2, that seems more realistic and uncontrived. Let’s see how I feel as the game progresses!

A two player game we have is the Lord of the Rings card game. We aren’t super into board games, so had to watch YouTube videos on how to play it since it is pretty complex. Thank goodness for those because we would’ve been unable to play it!

Ooh yeah that’s a fun one! I mean, if you think zombies are fun.

image1600×777 858 KB
My husband has bought four new to us board games this month from Facebook Marketplace. So far we haven’t played any because we’ve been busy with house projects. We’re hoping to try at least one this weekend.
4 Likes
Meowmalade October 29, 2019, 4:21am #27 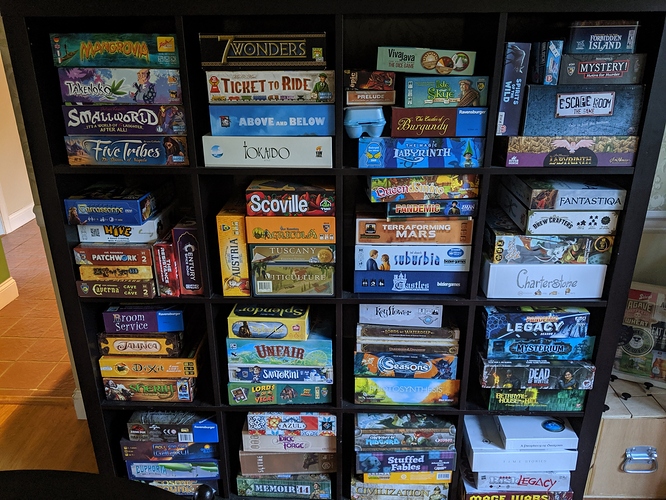 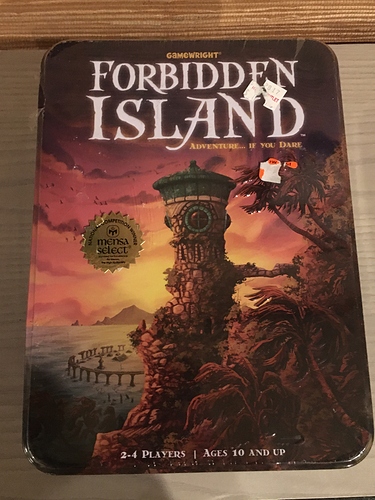 image3024×4032 2.22 MB
We have some friends who enjoy playing board games with us but don’t have many of their own. My husband found a new copy of Forbidden Island on Facebook Marketplace for $10, so we’re going to give it to our friends. So I guess technically it’s not ours but we see them a lot so I’m sure we’ll get some good use out of it too!
2 Likes
katscratch November 22, 2019, 4:05am #30

That’s one of my favorites for non-gaming groups.

Played Terraforming Mars against Greyman tonight. We tied on Victory points. The tiebreaker was money, and Greyman won by ONE. CREDIT. ONE!!! 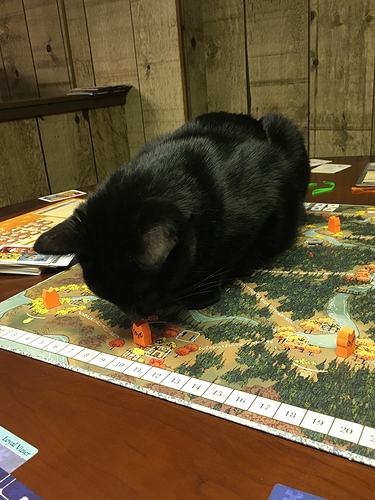 We’ve only played it once so far but I really enjoyed it! I want to play it again soon because I unintentionally cheated by using a bonus that was supposed to be only for Space Event cards when I played a regular Space card. It probably wouldn’t have affected the outcome but I won and the victory feels hollow because of the bonus I wasn’t supposed to get.

I think I made my husband a bit nervous I wouldn’t like it because when we went over the rules I said something to the effect of “Oh, so it’s just capitalism on Mars?” We haven’t gotten a chance to play Root yet (went over some of the rules but no time to play right now), and now he’s concerned I’ll dislike the Otter faction because capitalism