Professional Network with No Spoons

There are some very clever people on here who are great at maintaining a professional network. Can someone explain to me how this is done, and give advice on ways to keep in contact? This is an area I have a lot of social angst about, so I’ve not reached out to anyone pretty much ever. As a result, absolutely anyone I reach out to will be someone who hasn’t spoken to, emailed or been aware I exist for over a year if not longer.

CATCH: I don’t have the ability to just randomly catch up for coffee right now and am not sure how many more months it could be before I do. When I do, I am sure I’ll freeze or say something stupid. Ideas on how to be part of my professional community online would be helpful.

Anyone who wants to say “it’s just like dating” can stay quiet, thx. I will accept “it’s like making friends”-type comments and advice, but only if I can DO something with that advice!

This is only going to be half-useful. But have you ever read letter writing correspondence between interesting individuals a century plus ago? This is my inspiration when I e-network. The people who push me for a phone chat or coffee I first explain its a terrible time, and if pushed I eventually ghost. Because I said it’s a terrible time.

So a cold call email letter from me might read

Dear so and so

The other day I was reminded of approach x you mentioned in passing x years ago when I was working on a patient. It went fantastically. (Or case we did together, course together, research read)

How has everything been progressing for you - 2-3 specific questions at least one of which is personal.

I’ve had quite the year of change, I decided that it is absolutely crucial that I start my PhD on x topic and have been under professor w since DATE. For the first bit I stayed at big consulting corp but realized that it was much more me to go ft at my research and blah blah.

Looking forward to hearing what you’re up to

Weird attempt to turn ducky and elle into one person

When this works it’s fantastic because then I get to send and receive emails every few weeks to months, and have people to hug and cling to at conferences and con Ed. By making the letters longer and by email not social sites, people eventually pick up on the fact that they will be written sporadically. Plus my email signature says that I don’t check daily due to mindfulness

I think Elle’s advice about e-mails is GREAT. If you’re like me, it may help to have a monthly list of folks to check in with via e-mail. I have a weekly list like this for friends, because many of my friends are far-flung across the globe; the list has their names on it and I make sure to reach out at least once a week to each of them. I don’t succeed every week, but I succeed often enough that it means that I’ve kept up friendships with them. Something like this can also work really well for keeping up with networking contacts. It doesn’t have to be a request – maybe just a quick monthly “hey! how are you? how is life and work?” e-mail. It keeps you in their minds as a human being, and when you need to leverage the contact, it means that it’s done in the context of a warm, on-going relationship versus a cold call.

I’m not personally good at this at all, but was listening to a podcast about it last weekend and I recommend. 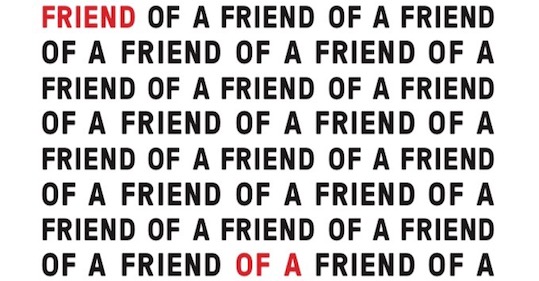 How to Network: A Better Way | The Art of Manliness

Networking. You’re told it’s something you need to do to advance your professional life, but the tactics most “networking professionals” suggest either don’t work or make you feel icky and awkward.  My guest today argues that you don’t have to...

PS AoM endorses a really modern, holistic, and multifaceted view of “manliness”. They’ve covered topics like anxiety and parenting, and I find a lot of the podcasts interesting and helpful, “in spite of” being a female human.

The internet is my best friend with this stuff. I’m in several groups on fb and I have work chats with a few people, I’m also on linkedin. So I’m not super super active, I think networking is quality over quantity honestly, so in that way I agree it’s like making friends. So there’s one girl I knew in high school who ended up in my field, I saw something she wrote and sent her a nice message, she then friended me on fb and linkedin, and I friended her back. When she would post her articles I would like them, and sometimes comment but only if I really had something to say, and vice versa. Fast forward a couple of years and she reached out to me to write something for a magazine she was starting. I did, and it worked out, then fast forward another year and she posted a job she was hiring for, I applied and sent her a message separately and got the job. We worked remotely “together” for like a year before she left that job, and when I found out she was leaving I sent her a $10 coffee gift card on facebook. We still comment on each other’s articles, etc. and if I needed to hire someone like her I’d put her to the top of the list, and vice versa I think.

I know this wasn’t very instructive, but it’s maybe helpful to hear a play-by-play example? I have met with her IRL exactly once in the last ten years. We don’t chat on the phone or have long chats online, we just touch base and occasionally share each other’s stuff or comment. I think that kind of genuine networking is wayyyy more valuable. I’m also on instagram and I do the same thing there, like a guy I used to work with who is now super higher up somewhere else, if he posts a cute dog photo or (we both like to cook) a recipe or something I’ll leave a nice comment, and he’s reached out to me in the same way, so it’s like, we’re keeping that door open. If I really needed a job I would feel ok being like, “Hey M, I’m looking for a writing gig, if you hear of anything pass my info along! Thx!” that kind of thing.

Oh the other thing I do, is keep stuff fun. So in my work chats, one thing that’s tricky is that when you’re remote you can become invisible. I make sure to be the likable fun one in my work chats. I’m never negative, but also I’ll find super weird and hilarious articles that I know will appeal to different people, and I send those to them. So my boss’ boss loves weird tech stuff, I’ll read something and send it to her with a comment, she’ll comment back, we laugh online about it. My boss is more of a cute animals person, so I’ll send her things like that and ask about her kids. It’s basically like, ingratiating myself to them but digitally rather than in person. I find it’s helped a lot with me not getting forgotten despite not being able to come into the office.

No idea if any of this is helpful/relevant to your field but that’s just been my experience.

I don’t know how much this applies to your field but in my field, but these are things I do when I have no time/energy for in-person catch ups:

You are each very helpful and excellent people. In a few posts I suddenly have A Plan! I shall report back on Tuesday when I have thinking time.