Living in another country as a low-skill worker?

I’ve been thinking for a long time that I’d like to live in different countries around the world, not permanently in one country, but maybe a few years here, a few years there before maybe returning to the US (or maybe permanently going somewhere else! Who knows!).

I’m starting to think about it more seriously, but don’t know where to get started. I’m going to be 26 soon, I have a bachelor’s degree but am currently working as an admin assistant at a nonprofit and doing freelance work. I don’t have any skills that I think would make other countries/big companies want me. I also have a lot of debt, which I vaguely think is a red flag for other countries giving out visas (they don’t want to harbor a debt dodger right?)

I know this is a very general question, but I guess I was just interested if anyone has any information or experience on something like this. Has anyone lived in another country for a year or two without being in a high-powered career? Is it a mistake to interrupt my normal career progress (lol what progress) by bopping around the world? Are there certain careers that allow for this?

Not at all weird to interrupt “career progress” with time abroad. Depending on your skills here are some things that are easy to do

Regarding debt - don’t worry about that. Very few countries check your financial status beyond available funds at the border or “statement of support” for visas. But if you need to earn enough money to pay your debt back, make sure you choose a country you can make enough to do so. As in, Thailand won’t make sense but maybe Germany or Ireland would.

Also, both peace corps and grad school would mean student loans would be in forbearance. The Peace Corps pays the interest on your student loans for the 2 years you’re in.

Thank you for all of this! The German degree idea is tempting, based on a quick Google search there’s a couple of degrees I might be interested in. I love the idea of working at hostels and traveling around the world that way. Maybe it’s time to reevaluate my life plans and start thinking about that

Lots of orchard work in NZ.

I know this is a very general question, but I guess I was just interested if anyone has any information or experience on something like this. Has anyone lived in another country for a year or two without being in a high-powered career? Is it a mistake to interrupt my normal career progress (lol what progress) by bopping around the world? Are there certain careers that allow for this?

In Australia at least it is very common for young professionals to have a ‘career break’ and it isn’t considered a negative at all (in my experience) possibly even a positive - more life experience, maybe more likely to stick around in a new job for longer now you’ve seen the world.

I took 2011 off. I’d been working for 4 years since graduating with an engineering degree. I originally had a Visa for work in Canada (some kind of under 30 years, come here and work type visa) and had planned to travel for 6 months and end up over there and continue working in the same field. That didn’t happen. I ended up just travelling around the world for a year and came home. No regrets though.

Teaching English seems a popular choice. I did a lot of scuba diving and progressed through the courses up to the paid work level but I didn’t seek a job - super low paid and hard work as a dive instructor.

It does seem that the majority of the jobs are sort of break even type deals? Earn enough to live in said country, maybe travel locally a bit? I don’t know how doing it for too many years might impact future money plans?

It does seem that the majority of the jobs are sort of break even type deals? Earn enough to live in said country, maybe travel locally a bit? I don’t know how doing it for too many years might impact future money plans?

Something that I have to do a lot of thinking about. I’ve only just opened a 403b account, am looking into an IRA. Haven’t really done the math on how much money I’ll need over a lifetime, though I can’t help but feel pretty far behind when I compare myself to the 30-something FIRE enthusiast with a $200k job in tech and a million in savings.

I want to be financially independent, which to me means being out of debt and having the freedom to choose where I live and what I do with my time. Again, I’m being very vague, but I don’t have any plans to lock myself into big expenses like homeownership or kids. So that might make things easier. But I also know that working at hostels for a couple of years won’t move me towards my goal of student debt repayment.

I just feel frustrated that I’ve been “on the straight and narrow” - getting my degree, working respectable if low-level office jobs, and feel like I haven’t moved the needle on any of my goals. So if I can’t get a high-salary job that would make my life easier, well, I’m not getting any younger, so why not take myself to some other countries and get similar low wages there?

Something I have learned is that traveling and living abroad tends to impress people more than it makes them think negatively of you (but also what they think doesn’t matter). Especially Americans, who by and large, never leave the country.

I’ve done some pretty cool stuff (just some of the international stuff: working with women escaping sex trafficking in India, played punk shows dressed as a Hogwarts student in Ireland, lived in a national forest where I had to commute over rice paddy with monkeys throwing things at me, hosted a multi-lingual vegan brunch every weekend in my Berlin flat where I crammed 20+ travelers from all over the world into my 30 square meter flat, taking trains from Dublin all the way to Shanghai, China, reporting for NPR in Berlin).

And I often get myself down for not being caught up to where other people are financially or not having a “real career”. I mean, I sell cat books on the internet for a living. But guess what? IT DOESN’T MATTER. Literally no one else’s financial progress matters to you (unless you’re supporting them), and especially not to your choices in life. BUT, that being said, I meet people that are usually more impressed and interested in what I do rather than judging my 401K balance.

Living abroad takes boldness - it just does. Even in an “easy country” where you speak the language, there are so many tiny things that are different - plugs, banks, tipping, the way you behave on public transit, bowing, etc. You become a better and more empathetic person when you learn to navigate a new situation. And honestly, if I was going to list my goals in life, being an empathetic, interesting person is far higher on the list than “has a lot in their bank account”.

Ugh, I totally understand the struggle of “should I buckle down or go wild” because I recognize how rad it is that I’m getting to run off to London for a month and perform a stage show on harry potter economics in Edinburgh or publish a book, but also I see other people steadily increasing their networth by $40-80K a year and it’s disheartening when I make $20K a year.

But don’t introduce a false dichotomy: you don’t need to sacrifice financial goals or debt payoff to live abroad, if it’s something you want. I know people who have lived abroad BECAUSE they can pay off debt faster - for example, teaching english:
Japan you usually get a competitive salary of 40K+ a year AND free accommodations and transit.

China and Korea if you find the right company will pay a competitive salary, flights both ways, accommodation, and insurance.

Saudi Arabia, which is desperate for female teachers and pays 50K+ with free accommodation - BONOUS - there’s also nothing interesting to do so you won’t spend your money on anything.

You just have to choose a country based on that salary, not based on breaking even like some of the LCOL countries like Thailand. Also, all the times I’ve lived abroad I was still contributing to my IRA, if that helps.

Here’s some links. A friend of mine from Berlin did an interview with someone with $160K of student loan debt who is a digital nomad:

Nurse Practitioner to Digital Nomad with US$160,000 in Student Loans

"...I have two years to just figure this whole...location independent lifestyle out, and then I have...to make student loan payments of US$1000 per month." 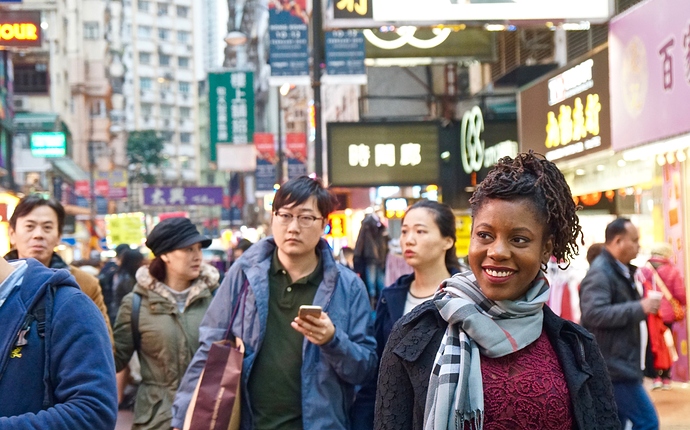 Teaching overseas can be very lucrative-- I earned a six figure yearly salary teaching abroad.  Here's how I did it, and how you can, too.

What is the most in demand certification for teaching English overseas? I can’t seem to find information that isn’t from a biased source.

Depends on the country but usually TEFL