I mean internet videos, great songs, podcasts, video games, movies, etc. All ages fine, but I have a 4year old so am going to be mostly recommending preschool type stuff.

My goals as a parent are to model the healthy use of screens of all kinds, so video games and television shows are definitely going to be included often. I know it’s somewhat demonized, but let’s face it, we’re all using screens and our kids all NEED to have some literacy around this anyway as they age. So here we are.

A cute and beautiful interactive story that also teaches kids about different parts of nature. Very short, but also very easy for a little kid to play. Meowlet handled it easily. I love it because it’s an experience that’s captured in a small amount of time rather than endless, mind numbing rote activity with tons of ads.

How Fennec Fox Built a Home 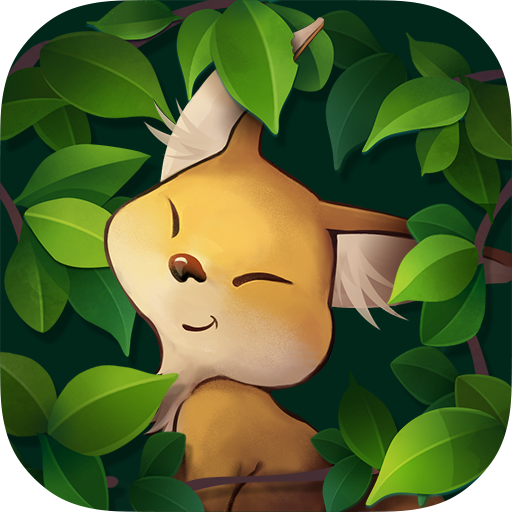 When the winter is coming, what does the Fox do...

Some things we like here (3 year old son and 5 year old daughter):

Youtube: Koo-koo Kangaroo Dance-along videos; Fix and Play Would you rather exercise videos; and when I really really need my daughter to sit for a non-desirable task, she likes the Titi Toys Barbie videos. They have also encouraged her to play more with her own toys; but we usually only do youtube for active watching.

Nintendo Switch: Kirby game (the 2nd player character can’t really die, and just gets zapped along to player 1 if they get too far behind, so it is the perfect “little buddy” mode); Mario Kart (auto-steering and auto accleration help a ton, though kids can still ‘lose’), Mario Party (some parts can be frustrating, but team mode means we usually “win” because of the parent…). They still only play with parents.

Disney+: Dino Ranch- diverse cast of characters (though ‘main’ is a white boy), problem solving, mostly entertaining for parents; Mira Royal Detective- main character is an Indian girl; teaches a lot about India’s holidays; daughter is just obsessed with the show, son loves the funny mongoose characters. Probably watch too much Disney+ in this house…

Movies: Sound of Music. Both kids are obsessed. Hocus Pocus (just the first one; they thought the 2nd was boring), Enchanted (son loves it; daughter doesn’t seem to care), all the disney/pixar staples (obviously)

Games on phone: Find Out (kind of like a Where’s Waldo); Sago Mini Friends (various games); RV App studios games: Drawing Games, ABC Kids, Math Kids, ABC Spelling, Coloring Games. The kids LOVE these and they don’t need wifi; “Art Puzzle” - daughter loves these, too exacting for son. Games are generally for travel only for us.

Stardew Valley. Needs assistance of someone who can read, though i know there are kids who read early easily on this forum, Duckling is not one of them. We’re playing it on Nintendo Switch together. Ages 4+, i think, but that’s a guess based on 1 kid.

3 year old kid, emotionally sensitive and easily overwhelmed by media. At this point we aim for really visually slow, not overwhelming (lots of frame cuts or neon colors), negative behavior she can model cuz she does immediately (Daniel Tiger is on hiatus lol), and we tend to like nature oriented stuff.

YouTube: the Maui travel guide videos (lol), kids nature play channel (Australian kids just playing outside in nature, no toys), scishow kids (visually a bit overwhelming but the quality of the education content overrides this for us), and one channel where a little girl gives a tour of her garden. Downshiftology meal prep videos, she uses pretty neutral language around health but I still only have her watch one of them I’ve seen and paid attention to previously just in case. Truck tunes videos. Ukulani lessons- a little Hawaiian girl who gives ukulele lessons.

i’m not sure if this is TOO slow, but i love everything that the monterey bay aquarium puts out on youtube. i put these on in the background a lot when i’m working/stretching/reading/painting etc. the kelp forest one is my fave!

iPad:
Sesame Street
PBS Kids Games
Teach Your Monster to Read - paid I think $5 but it’s worth it
Khan Academy Kids
IXL (I think Kiddo has access to this through his school)
Istation (access via Kiddo’s school)
GoNoodle - ads
Duo ABC (the little kids DuoLingo)
ABCYa - ads, but lots of good content
Caribu - we used to pay for this, it lets him do video calls with his grandparents. The free version has an add that plays before it’ll connect the call which is annoying.

PSA: You can block specific titles on Netflix for a specific profile

You’ll need to access Netflix through a computer (or maybe a phone? I almost never use it on my phone) to get to edit profile stuff, then the viewing restrictions, then there’s a spot to block specific titles. I’ve used this to block shows that have bad behavior my kid immediately imitates or shows that just instantly get on my last nerve but still are within the Y7 rating umbrella.

You might also be able to do this on Disney Plus, no idea about Amazon or other streaming services. Youtube is a dystopian wasteland when it comes to having any control on the content it suggests.

PSA: You can block specific titles on Netflix for a specific profile

Amazing. Is there a reverse version of this for any media sources? I load all my daughter’s shows and movies into the watchlist on Disney+ and let her pick from there, but for things like that and Netflix I’d almost prefer an empty profile that I can actively approve specific things so that when she is able to choose for herself or use the TV/iPad independently I can give her free reign.

My rec is always and forever Bluey.

This is created by a mom who has an amazing sense of humor and is an excellent writer. The stories have fun sound effects and hilarious voice overs (all done by the mom herself). Meowlet tends to not like stories in which the characters haven’t been introduced elsewhere already, like a book hes read or a TV show he’s watched. But these he IMMEDIATELY loved and honestly the characters are so hilarious even for a parent. Like one of the stories there’s a hamster who leaves her family to set off on her own. She decorates her entire house because she finally has somewhere that’s not shared with siblings. The writer says one of these is a “Live, Laugh, Burrow” wooden sign and a whole array of absurd interior decor blog tropes. So good.

Original audio stories to delight the tiny people in your life.

Youtube kids says I can. But I have yet to figure it out. I want to do it

Awnie’s house - she just reads books
Danny Go - annoying but good. My kid needs his energy matched and I would need to be high
Bluey
Daniel Tiger
All the studio miyazaki ghibli

I don’t know if they are available outside of Australia but the ABC (Australia) kids listen podcasts are pretty good. Our favorites are ‘Dino Dome’ and ‘Imagine this’.

For TV I rather like the Julia Donaldson screen adaptations. They are quite slow paced and have nice instrumental soundtracks which I enjoy listening to. My kids (2 and 5) both enjoy them too and because we have read the books and know the stories already, they don’t find them as scary as other movies. The one that I’m not super keen on is the Highway rat, due acting out the rat’s poor behavior

My rec is always and forever Bluey.

Fun fact time: Bandit (well the actor who voices Bandit) was the lead singer of very popular Australian indie rock band in the 90s.
This is probably their most well known song: 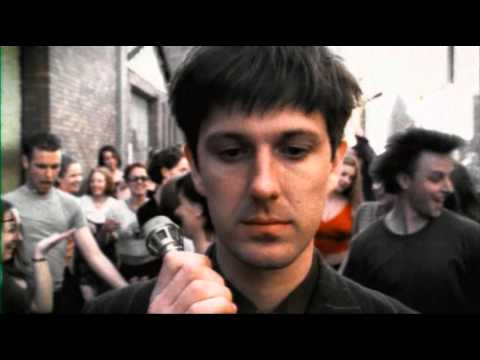 That song was released in October 1998 - I turned 15 in December 1998. And let me tell you, I very much felt that girls like that, didn’t go for guys like us. (I wasn’t an incel or anything - that wasn’t a thing. I was just a moody teenager. I had the occasional girlfriend, the odd pash here and there I did ok as far as late 90s rather innocent kids we all were.)

Edit: It got to number 3 on the Triple J Hottest 100 in 1998. That is something of note - think national youth radio in a time before music was on the internet (yeah yeah Napster whatever virus filled 56kb/s rubbish).

The 1998 Triple J Hottest 100, announced in January, 1999, was the sixth such countdown of the most popular songs of the year, according to listeners of the Australian radio station Triple J. As in previous years, a CD featuring 36 of the songs was released. In August 1998 a Hottest 100 of All Time was conducted separate to normal countdown. In February 2019, Triple J's sister station Double J conducted a 're-vote' of the 1998 top 10. 42 of the 100 songs were by Australian artists (marked wi...

Don’t mind me while I take a trip down memory lane.

Haha you did better than other boys I knew that age, when I was a teen a few years later. We’re dancing to the song now. Didnt realise he was from Custard!

Haha I have a strong memory of hanging out in the car which was parked on the school quadrangle while my sibling was having a swimming lesson (or more likely my mum was chatting after the lesson) and listening to Music is Crap for the first time.

I am a little younger than you but listened to so much Custard in my youth. I think it was a Brisbane rite of passage?

am a little younger than you but listened to so much Custard in my youth. I think it was a Brisbane rite of passage

I feel like we listed to what triple J played. And in that era it was a lot of Australian indie rock.

Meowlet has been reliably obsessed with this show and books for over a year. He sings the theme song to sleep sometimes, “Don’t give up! Don’t give in! Gotta get up and try again!”

It’s got great stories and music and is not insufferable. A+

Does anyone have recommendations for good movies for young toddlers (age 2)? After three years our household has finally been infected with the 'rona and even though Pipsqueak is still negative we’re going to be leaning heavily into screen time the next few days…

Not a movie and for an intended older audience but I keep forgetting to mention The Inbestigators (on Netflix in the US) is my new all time favorite kid friendly show. I find myself watching it a lot. With no kids.

Oh no! So sorry to hear and hope you get better swiftly

Common sense media has great recommendations for this.

We recently watched and love Stellaluna! It’s not the highest quality movie but he loved it and it’s cheerful.