Getting a free lunch this week helped keep my budget down and its nice to be appreciated.

Oct 15 check-in, food budget:
Foolish, aspirational me, forgetting how there is no one to stop me from ordering delivery stressburgers AND forgetting how the eustress of putting on an event is still stress WELL THEN LET’S SEE HOW IT SHOOK OUT
…
Ah. 94% of budget spent, to cover ~67% of the month.

Still fairly ok… I did just buy a KitchenAid stand mixer which added quite a bit to the spending last week! But it was a good sale price, gotta strike while the iron is hot!

Had many nights this week I was too tired to go out and fetch ridiculously overpriced drink. Had friends cancel on me for planned bubble tea night. Definitely had substitute junk food. But on track for this budget challenge.

Not too bad so far…

Food will now be $700 cuz I forgot I’ll be paying for some food for friend get-togethers and there are some work farewell gatherings coming up as well. Clothes will be $500, and Recreation/health will now be $750 (more deets below). Yes these totals are insane but I’ve just accepted it and moved on

Week 2 (totals are cumulative):
-Food: $306.98/$700
-Clothes: $222.27/$500. Do I now own a ridiculous number of flannel shirts? Yes. Yes I do.
-Recreation/health: $741.82/$750 (Gym + fitness watch + hydration mix & exercise snacks that were on sale). Sooooo as a celebration for getting my new job, I upgraded my fitness watch to have some features that I’ve been really wanting for a while (and I sent my old one to my sister who has wanted one for a while but hasn’t wanted to spend the money on one haha). Expensive but I already really love the new features and at least I’ll get a good REI dividend next year

I’m really struggling with getting things done at work and am increasingly freaking out about it. I panic bought two planners to try to rig up my own Jibun Techo Days planner, and then found an actual Days for sale so panic bought that too. (I also bought some pens). I’m not really sure how to classify them, but I figured it wasn’t totally a hobby but don’t have an office supply sinking fund, so I guess it goes in Miscellaneous, but I only keep $75 floating in that fund so I moved some of the Hobbies sinking fund into Miscellaneous to cover the planners, so I guess that includes the $10 I budgeted for the month. These were totally not in the plan, and I’ll probably return the two non-Days planners, but I think I’ll consider this my wand wavey reset moment and consider that I stuck to my Hobbies budget. (Also, why do I have a hobbies budget and then a books/music/games budget? ¯_(ツ)_/¯ )

WHOOPS. I’m taking a very fun 10 week online natural dyeing class and I was certain I had all my supplies and tools lined up. I started working through the material for the course, which started last week, and I am totally frustrated with my set up. Pulling hot fabric out of hot water with bare hands is not ideal and my cheapo hot plate was cheap for a reason. Thankfully, I have enough in my “fun stuff” sinking fund so all of these purchases are coming from there and it doesn’t seem to have impacted the rest of my budget. So I don’t know if I need a full magic wand wave re-set, but if there needs to be a ruling on that, I’m good with using it here.

I gave myself a little bit more money in the new category to grab some more supplies if needed (I still need to get tongs and a big spoon).

In the past, I’ve had a lot of problems with impulse spending and this week really felt like a test of that. I spent most of the time dwelling on whether I was being wasteful by spending money when I could have just put up with the crappy stuff I already have. I’m still not sure whether I made the right decision, but even just being aware of the spending and knowing that I’m not blindly putting it on credit is a step in the right direction.

Very happy with the house and personal hygiene numbers though. Although my current fall-ish scented candle is getting very low and I might have to get a candle. Thankfully I’ve been distracted by my class.

phew this is all very rambling

Week 2! Ow my back hurts from all this driving around.

I realized I hadn’t actually said my budget yet – it’s $2000. I’ve always lived in semi-furnished houses with roommates, so I actually need to buy a lot of basics. Between Target, CostCo, Ikea, thrift stores, and Amazon I’ve carved out about $820. And another $80 on gas. My friend has dropped off the furniture I need but hasn’t charged me. I’ll make sure she gets paid, but nothing to report there …yet.

Two lessons learned so far; I’m not moving myself ever again (my back is very upset with me) and CostCo wasn’t worth it. Not because of the prices. It’s because the local CostCo has completely stopped enforcing masks and it’s very gross and gives me the creeps. I do not consent to killing unvaccinated people.

On a happier note – there’s some very good food trucks near my new apartment and that’s a real pleasure. I’ve never lived close to food trucks before.

Week 2!
(my goal is at least 2 hours of cashflow management a week)
I got in 1 hour this week. The biggest obstacle to me doing this is having the energy for it and the biggest drain on my energy is some recurring work struggles. This week has been a rough one on that front. I hope things are lighter next week.

The biggest obstacle to me doing this is having the energy for it and the biggest drain on my energy is some recurring work struggles.

Oof! I feel you! I’ve been in a similar situation with work/energy and making time for things. It’s hard!

Buying something you have wanted for a while seems like a perfect reward for getting a fantastic new job!

Tomorrow’s budgetober stream is about budgeting and handling money with anxiety and decision paralysis. Live on Sunday, October 17th at 5 PM PDT, 8PM EDT and at 12AM GMT - Monday 8AM AWST, 10AM AEST (Please hit the “reminder icon” on youtube - it helps with youtube algorithm). And subscribe if you haven’t! 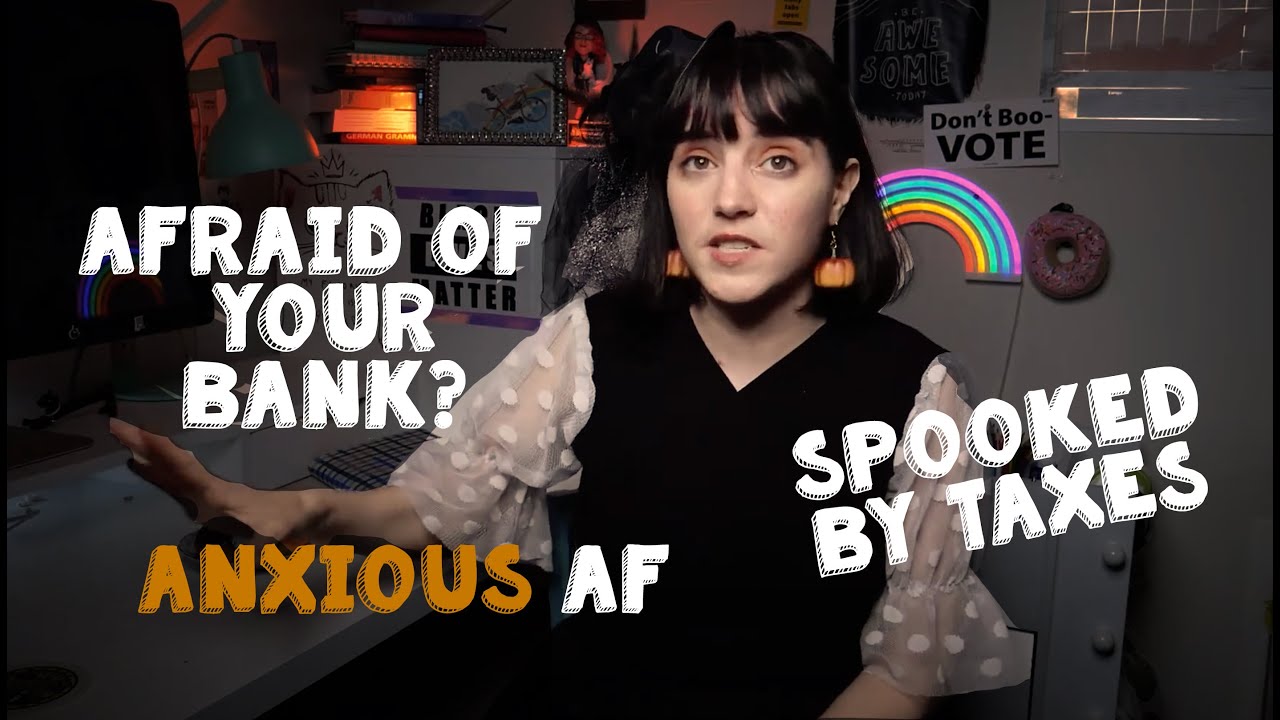 Finally got in to Chase card (that’s the one we put pretty much all spending on). The issue may have been with Chase rather than the phone line, not sure since it just magically got better on its own. But at least I didn’t have to talk to a human on the phone, or wade through a phone tree.

Budgeting not going badly so far, though the big hippie event has driven eating out way up since I just couldn’t be bothered to cook over a fire or schlep a camp stove. Haven’t in several years, really (we do this annually, have for decades).

Auto is high enough Chase sent me a notification, but we’re going to come out low cost for a “new” vehicle so that’s cool. New radiator (rust in the engine block is probably what killed the old one), new serpentine belt, new clutch since the old one had over 200K miles and when the engine is out is when you want to replace. We’ll need random other stuff, plugs, wires, likely things we’ve forgotten. But the finances and the landfills will both thank us.

ETA: I don’t remember why eating out adds up to a little more than $20 more than it should, but there was a Reason back in Week 1. Maybe something spent on Friday the 1st.

Hope i’m not too late for week 2 check in! Put my savings away, took out the cash for the sinking fund and made the extra $100 debt payment. Now just need to focus on working my cash envelopes until next payday on the 25th!

Week 2 Update:
I would not say I am budgeting so much as I am just Buying Things and Going For It, I Guess. Also I have to quit one of my jobs so I can start a new, different job! (It pays more and has better hours and I think hopefully will be less stressful.) So, absolutely no idea how that will go. Also I worked 20+ hours last week and have not worked at all this week, which is Fine.

Week 2: doing well on the categories that I could budget, and having great discussions about the Wish List with the family about what our priorities are. About half spent on food for halfway through the month, and I’m happy to shuffle money within the overall Food category if we overspend in an area.

Man I don;t think Im doing this right. I guess my check in is that I am reigning in my impulse purchases but not feeling the best about money rn

Well this experiment is failing miserably

So far I have only spent $10 not on groceries. Other than beer at the movie theater last night, the only other time I’ve eaten out was for a work event and that was paid for by work, so that didn’t come out of my budget. I also spent way more on groceries than expected this week, probably because I stocked up on some frozen food for lunches at the studio. Maybe I need a separate category for groceries that I’m not planning on eating within 1-2 weeks?

New current account sorted. The card arrived yesterday, so a job for tomorrow is to activate it, then get everything switched automatically over from the one which is closing. And then all done. Good…

Was going to move onto sorting out what to do with the PIP savings in week 3, but have just remembered that my main, and longest-standing, bank (current and savings) accounts are not appearing in my credit report. Which is pants.

So I need to get that sorted this week instead.

Bonus points if I can also start looking into what’s best for the savings. There’s better interest than I’m already getting in the basic savings account which came with the new current account for example: 0.01% to 0.035% (I think?), so that might be the temporary stopgap play for now. I can always move them again. (Also pending what actually happens with the house).