BIg Music for Big Feelings -- what are your favorite albums?

So yesterday I walked home in the rain and listened to an album that invoked particular Big Feelings in me. Not gonna mention the album or band here because I don’t want to derail this thread before it even gets started. Anyway, I want to have more good music to listen to as I increase my time outside and was wondering what some of your favorite Big Music for Big Feelings albums are. A few others I can think of offhand (not gonna trigger warning any of these – if they are problematic for any reason you can suggest a TW but I reserve the right to like what I like even if it isn’t a good fit for you):

Kate Bush – Hounds of Love
U2 – pretty much any of their early albums, but especially Joshua Tree
Tears for Fears – Songs from the Big Chair
Peter Gabriel - SO

I’ll stop there because the point of this is to EXPAND my own listening repertoire. Look forward to your suggestions

Oh, and Radiohead’s In Rainbows in its totality is just… hits the spot sometimes.

I love this idea for a thread. All through my adult life I’ve had different albums that I end up playing for months on repeat that end up becoming attached to that specific time in my life. I’ll hear a song now and think “oh I played this album obsessively on repeat the summer after my Junior year of college, or oh I played this the first few months I moved to CO” etc. And then all of the memories and feelings from that time of life flood back. I love Big Music for Big Feelings. Below are songs and albums that have spanned the past 15 years for me, but that I still return to often

Brett Dennen - Brett Dennen (entire album)
Modest Mouse- Gravity Rides Everything and The World at Large
Pearl Jam- Vs (album), Ten (album), Riot Act (album)
Eddie Vedder- Into the Wild Soundtrack…this and Pearl Jam were a major fixture for me in my early 20s
Chris Cornell- Seasons, and Songbook (live album)
Garden State Soundtrack
Coldplay- 2000 miles, Strawberry Swing
The Cure- The Head On The Door (album)
Dire Straits/Mark Knopfler- On Every Street, What It Is
John Denver- Poems, Prayers and Promises, and Rocky Mountain High
Kings of Leon- Because Of The Times (album), Only By The Night (album)
Pink Floyd- The Division Bell (album) , A Momentary Lapse of Reason (album)
Regina Spektor - Begin to Hope (album)
The Shins - Oh, Inverted World (album)
Soundgarden - Down on the Upside (album)
Temple of the Dog (album)
Tracy Chapman - Tracy Chapman (album), Where You Live (album)
Paul Simon - Graceland (album), Paul Simon (album), The Rhythm of the Saints (album)…I’m going through a major Paul Simon phase right now

You put that so well. I listen to this “rock of the '80s” station in the car and there are certain songs that when they come on I have flashbacks of driving over the bridge to go into Seattle to go dancing (I lived in the suburbs on the east side) when I was in high school and singing those EXACT SONGS at the top of my lungs with my friends when they were on the indie charts. I freaked my daughter and her friend out a bit when I cranked " Everybody Wants to Rule the World" one day when driving them back from volunteering. I’m sorry but that is an awesome crank up the volume and sing along song.

Some more from the “oldies” bin

Oh, and the one I decided not to mention? Quadrophenia by The Who. I didn’t want anybody to slam me for liking that because Pete Townshend was once arrested on child porn charges. I finally googled and it turns out he was acquitted, and I find his story believable . Others may not and that’s their decision. I’m sure the members of The Who did all kinds of horrible Me Tooish stuff back in the day. But Quadrophenia is a masterpiece of an album, IMO and was very important to me as a teen. And perfect to listen to – for me, at least – on a long walk in the rain and wind.

For that purpose - Supertramp - any album really

definitely not in the 80s but hot damn Florence + the Machine’s Ceremonials album is delicious.

definitely not in the 80s

That is just my main music era, when it was one of my major focii. I am actually loving seeing all these band/album/song names that I have never heard of because it gives me breadcrumb trails to follow to MOAR things I might love.

I can’t decide if I love or hate the video, but last night I listened to the remixed version of So and it reminded me that this song kept me going through some very rough times. 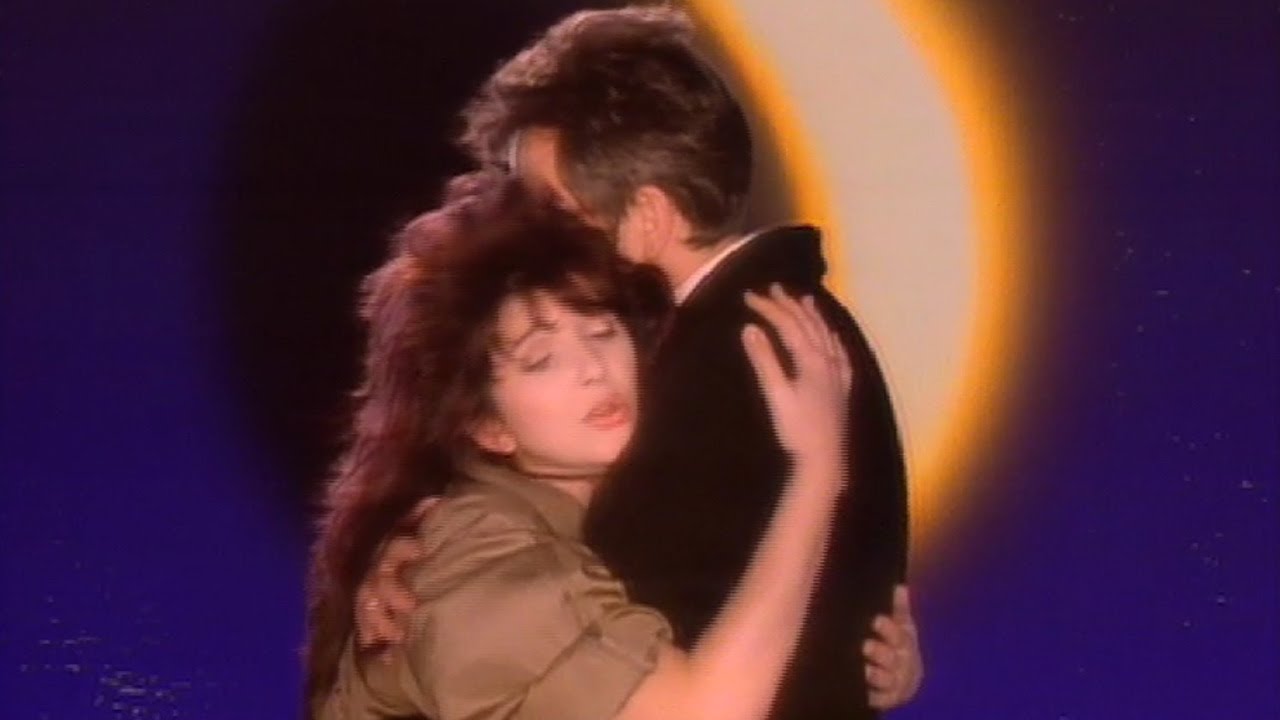 OK, after reading all the comments from people who were also helped by this I’ve decided I love the video, simple and slightly cheesy as it is. Just imagine yourself in the middle of their hug…

OMG – there’s a live version with Paula Cole! I remember her saying she toured with him. I still love Kate’s rendition, but this one is amazin too – more like a greek chorus (which is always how I heard the song without the visual of the original video) than the supportive partner. Can’t imagine how scary it must have been to step into that song after Kate Bush, but she really makes it her own: 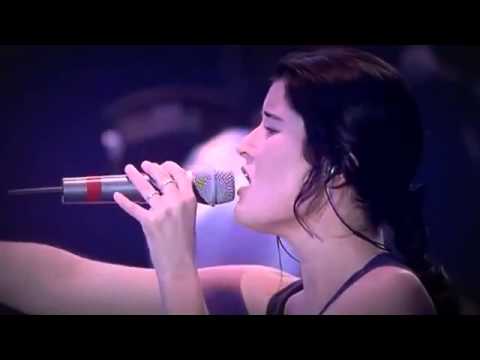 OK, one more, with Tracey Chapman. The sound quality isn’t great, but this is moving if you know Tracey’s back story. I can’t remember if it was a podcast or an article but I saw something recently about how Tracey really was struggling after her initial splash with her debut album. She was closeted, dealing with labels and producers trying to change her music, and pretty depressed. This was filmed in 1990 so I am guessing she was not at the best place herself – I like to think that that little smile she has when she sings the “we’re proud of who you are” might have been a point where she decided to keep swimming: 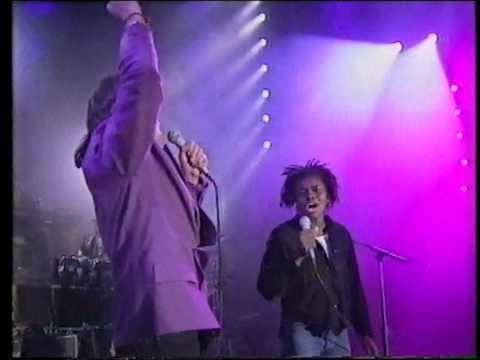 Ooh – one more. The second, more traditional “storyboard” video from the original release. The notes explain the backstory of the song: 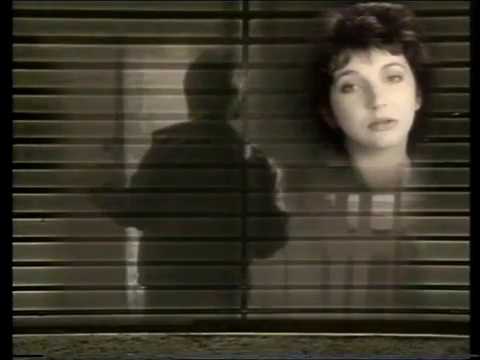 So, Little Earthquakes was literally life changing for me, for Reasons. I actually met Boyfriend, and many online friends, through Tori Amos fandom. Who remembers Usenet? Oh hi, I am old.

Other of her albums were also life changing, for other Reasons. Particularly Boys for Pele and Scarlet’s Walk.

The thing is though, each of those are so very tied up with certain painful eras in my life, that I can’t actually listen to them any more because they are sense memories and remind me of bad times. Those albums helped me so much, but in a way that meant I got what I needed from them and moved on.

I can relate to that.

Yesterday when I was out gardening, I had Songs from the Big Chair on and when it ran out Spotify started playing random '80s songs. I cringed a bit when “Eyes Without a Face” popped on – abusive ex was obsessed with Billy Idol (they had the same hair). But I have actually processed most of my feelings related to him and feel mostly compassion for him at this point. I know his dad abused him and what he did to me was a combination of that history and the environment we found ourselves in in the late '80s in a pretty intense boarding school situation.

For me the hardest song at this point may be “Landslide” by Fleetwood Mac. That came on the radio at one point when I was leaving a really intense therapy session with the therapist who finally helped me put a bunch of things together. And it really spoke to where things were in my relationship with SO at the time. There were periods over the past few years when I had to change the channel if that came on when I was driving. But now I crank it up and sing along.

I may find other songs or albums I can’t deal with as I dig further into my collection, though…

So when it comes to big feelings, here is what first comes to mind for me.

Ooh – I love Fade Into You but I’ve never listened to anything else by her. Thanks for the rec!

And I now have a Violent femmes brainweasel running through my head --one that is very appropriate for our return to drip, drip, drippy PNW weather today…

Oof, the Tori cover of “Landslide” just slays me too.

Oof, the Tori cover of “Landslide” just slays me too.

See, I had no idea this was a thing that existed!

I did listen through “Little Earthquakes” last night – have a whole different perspective on it 30 years down the road. Especially “China.” Oof. That one hit hard. But I wasn’t in a serious relationship when that one came out and it was more of an empowering “yeah, f y narcissistic misogynists” kind of rant album for me at the time.

Sarah McLachlan, Fumbling Toward Ecstasy – the extended mix with the Freedom Sessions recordings, most of which I somehow had never heard until now…

A sample, and one of the ones that has the biggest “oof” factor for me: 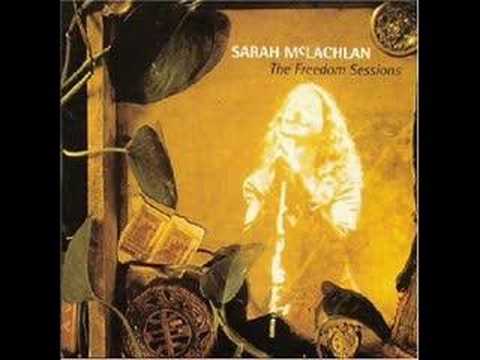