I made a bingo card using the link above. I saved it to a PDF, which is the only way I found to get it out of the website. How do I post it here and make changes?

You can probably open the PDF on your phone and take a screenshot. Your phone will then usually let you edit the picture so you can cross things off. I think when I used it at one point I either took a screenshot or right clicked the image on the website and download the image or something. 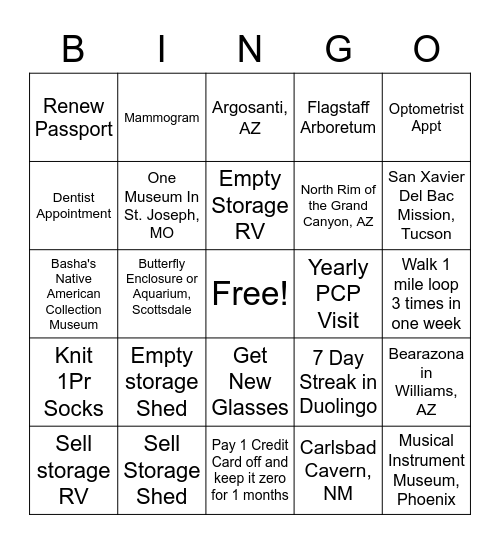 I have it in a document now as well so I can cross off things as I finish them. I’m learning.

I finished one goal today. I went to the Basha’s Native American free museum, or the Eddie Basha Collection of Western and American Indian Art, as it is actually called. Really interesting place, free, and I recommend it if anyone is in the Phoenix/Chandler, AZ area.

At this point I cannot cross off just one square on my image. I’ll work on it. 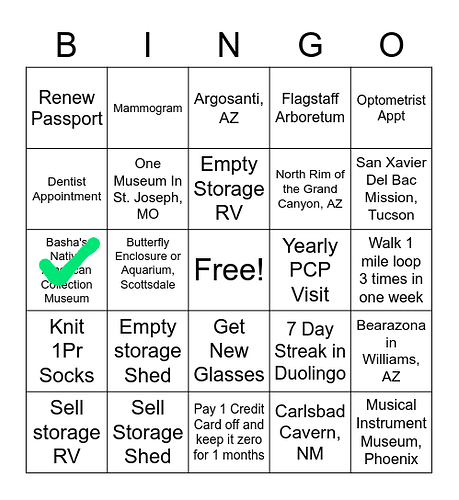 I’m considering that I may have been too ambitious with two goals: the 500 hours outside and the 100 days without social media.

I might change the social media to 52 but I have a lot less of an idea of what my normal number of hours outside in a year is. Like I might just leave it and try? On warmish days here we’ve been getting out for 2 25 minute walks and that tends to go up in warmer months, either in walk frequency or duration.

One of my (non-Bingo) goals last year was to track how much time I spend outside, because I really had no idea. But what gets tracked gets managed, so it also got me out of the house more. I ended the year at 962/1034 (depending on what counts as outside) and am guessing I’d have been about 750 “normally”.

@Greyweld Yes! Can you explain how you did that in a paragraph? Or I’ll play for awhile and try to duplicate it.

Monday I’ll finish a second goal, hopefully, the 31st, I’ll do the mammogram. Progress will slow down after that.

So I downloaded the image and opened it in my phone. I then had to open the image in camera mode, because at least on Android that’s where the edit features are. From there I clicked edit, and there’s a markup option that just lets you mark on the screen.

Unfortunately, I don’t know if it will work super different with a different phone. 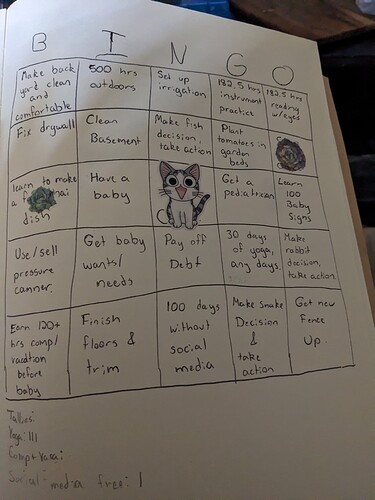 First accomplished goal was to make my favorite Thai dish - drunken noodles. I tried 2 recipes, fucking up the first in 2 ways but realizing if I didn’t do it half-asleep, it would be a super fast fix to my primary craving.

The second was overall delicious, though I had slightly overcooked the noodles. 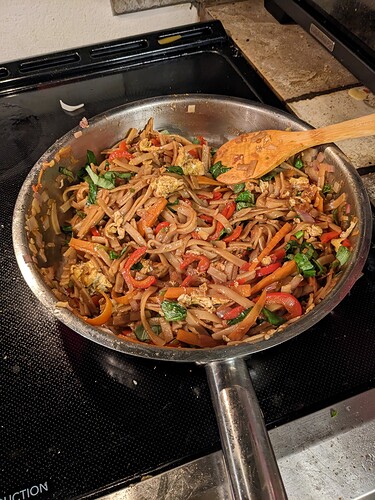 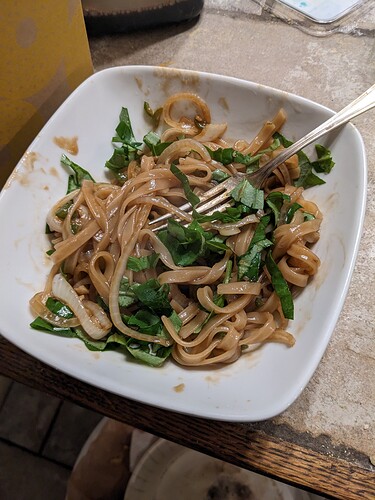 Second was to tidy up my office. My goal was not perfection - getting the trim leaning against a wall and the flooring sitting in a corner unseen in the coming pictures used in completing 2 year in progress projects is a different goal on the board.

The goal here was to have it be easy at any given moment to sit at my desktop to play games, setup my laptop or the sewing machine on the other table to work, or the piano to practice, and to not have tripping hazards and documents littering the floor.

The horrendous not even before picture, but partway through pic (though admittedly it got worse before it got better) 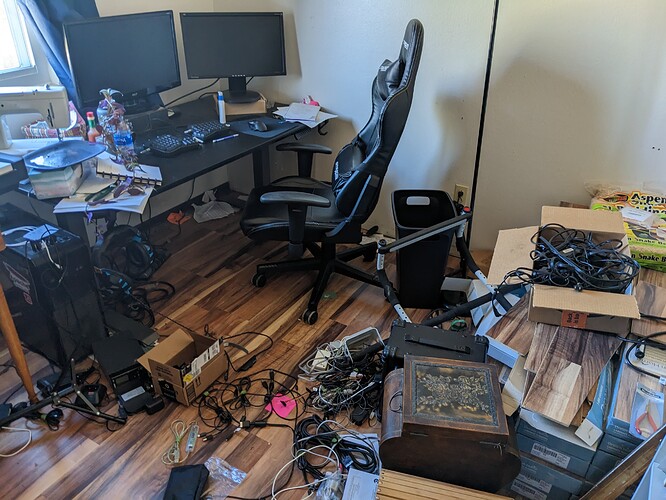 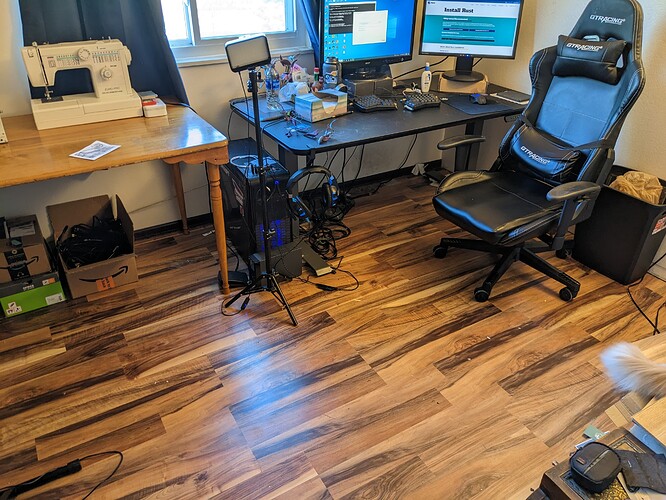 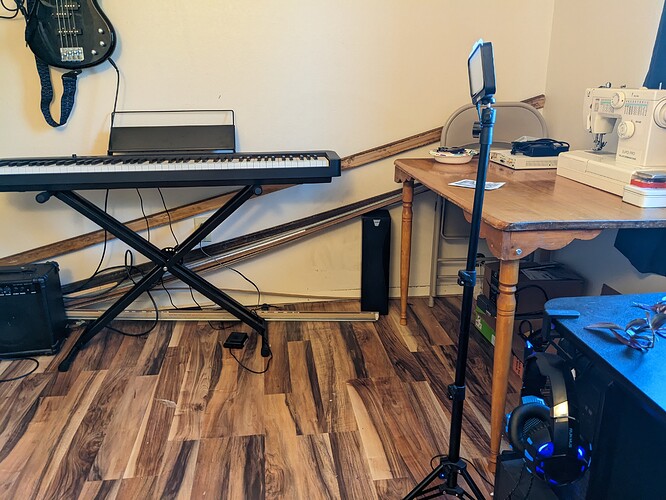 Wow! You made a huge difference and now you get to enjoy your more chill space!

Oops! I made mine, but I think I forgot to post it here 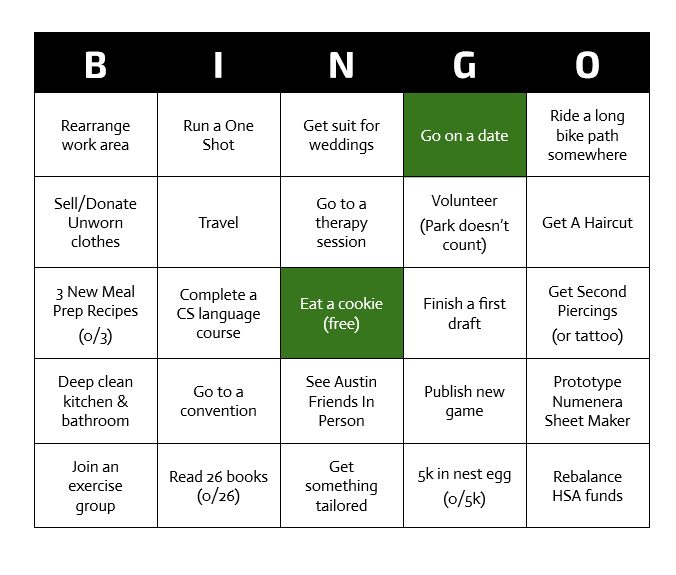 I know I’m really late! I have been making this card since December, but I had a pretty bad depression relapse and couldn’t bring myself to make any goals. So that’s why making and posting this card is a goal!

It took me so long to finish the card that I’ve already finished a couple of the early-made goals, again I hope that’s ok. 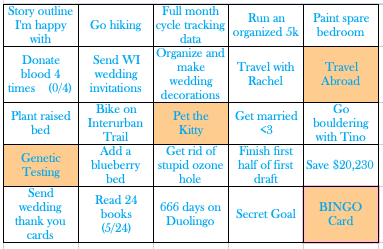 I still haven’t done mine!

And I still haven’t done mine, either.