Thanks! You only got to see the “good” ones

To be honest, I am pretty sure 90% of my gifts go unused, even ones that are explicitly supposed to be used (scarves, cloth napkins, hats, jam) so this would be nothing new.

Now I just save the best stuff for my one friend that I know likes my stuff and wears it, because it spontaneously shows up in photos on Facebook!

Ooh, I’m glad I saw this thread. It reminded me to order the books I wanted to give my dad so they’ll arrive in time. He’s been asking me about contemporary science fiction authors so I got him The City In the Middle of the Night by Charlie Jane Anders and 2312 by Kim Stanley Robinson. We are also planning to get him some nice coffee from our local roaster.

We got my mom some earrings that will match her hair (pale purple and blue) at a local fair a few months ago. I also ordered a Katy Bowman book, Dynamic Aging, for her.

My sister is fun to shop for. I just go on her Etsy wishlist, look at all the pretty jewelry, and pick something in my budget. She loves vintage jewelry but has very specific taste so I can’t totally surprise her, but this way I know she’ll like it. Hopefully it arrives okay and on time; Etsy tried to ship it to my old address (even though I triple-checked to make sure my current address was in!) and it got sent back to the seller, who is shipping it to my current address.

For my MIL, we got a book about Native American quilting patterns and a sticker extolling the joys of coffee.

Not sure if we’re getting anything for FIL or BIL. D doesn’t have ideas for them and doesn’t feel strongly about exchanging gifts with them.

For D, I got a pair of large fuzzy slipper socks. The cashier told me they are women’s sized socks, but he specifically expressed an interest in them so…

For the wiggler, we got a board book–I want to start a tradition with him where when he wakes up on Christmas morning he has a book that he can read until everyone else gets up. He is not yet old enough for the “read until everyone else gets up” part, but we can still start the tradition! We also want to get him some small gifts that will fit in these large hollow ornaments we have–that will be our at-home tradition (since most of the rest of Christmas happens at my parents’ house) for him to open. Not sure what. He likes candy, but I don’t want it to be all candy. He’s not quite 2 and still likes to put things in his mouth, so we have to strike a balance between “too big to be a choking hazard” and “small enough to fit in the ornament” (it’s about the size of a man’s fist). Suggestions? Maybe a little stuffed animal?

I don’t have much to do with kids in that age range, but last year one of my little cousins (I think just over 2 at the time) got ahold of another cousin’s rubix cube and had a great time just twisting it and playing with the pretty colors. I think you can find those at about the right size, or at least one of their similar offshoots.

I want to start a tradition with him where when he wakes up on Christmas morning he has a book that he can read until everyone else gets up.

I like this idea!
I am looking for ideas to start our own traditions with the kids and might steal this ^^

I’m getting a sturdy soap cutter for my wife. (Basically, it’s a big board with a C-clamp looking thing on a hinge strung with piano wire. But it looks nice. Unlike what I would make if I tried it myself).

I’m also going to replace the windshield on her vehicle. It’s got a pretty good sized crack in it that’s been bugging us for a few years and is starting to get bigger.

Also probably some small stuff to put in a stocking. Candy, an expansion pack for a game, we’ll see what else pops up.

Someone want to guess at what @aaronpk wants for his bday? Someone like @aaronpk?

Please do! I already stole it from my friend. Or from her parents, I guess!

My DnD loving husband has been admiring these, might be good for Wizard? 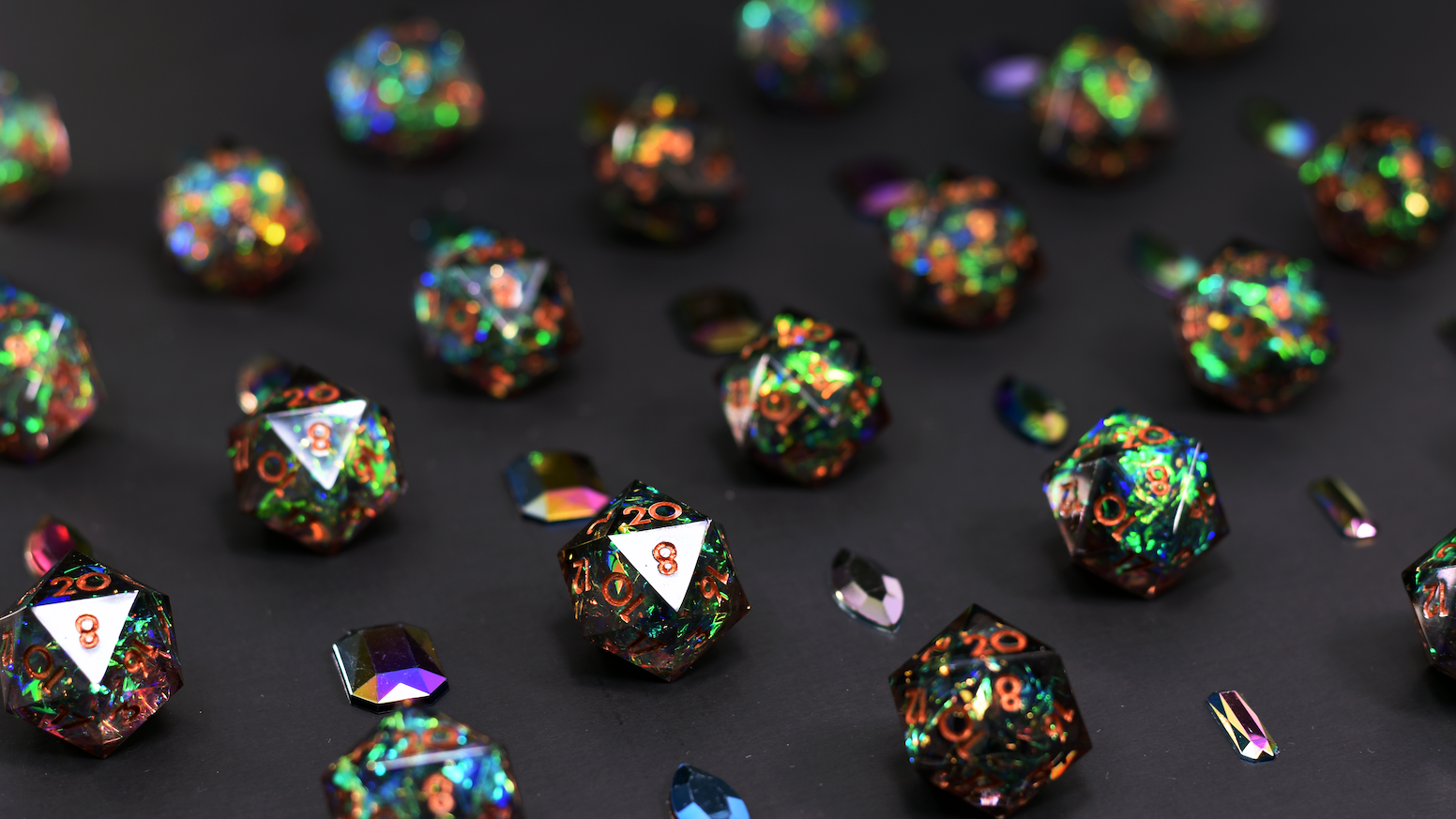 Oh my lord those are gorgeous.

Also Wizard has been banned from buying dice. He has something like 14 sets already.

Also Wizard has been banned from buying dice. He has something like 14 sets already.

I don’t understand. There’s no such thing as too many dice.

(And now here’s a random waffle, because I just discovered the waffle emoji

Someone want to guess at what @aaronpk wants for his bday? Someone like @aaronpk?

I buy myself presents all the time, so I’m not one to expect people to give me gifts, but one thing I haven’t been able to figure out how to buy myself is the 2020 version of my stick planner I got in Japan! It’s the only planner I’ve been able to actually use when I travel this much because it’s so small! 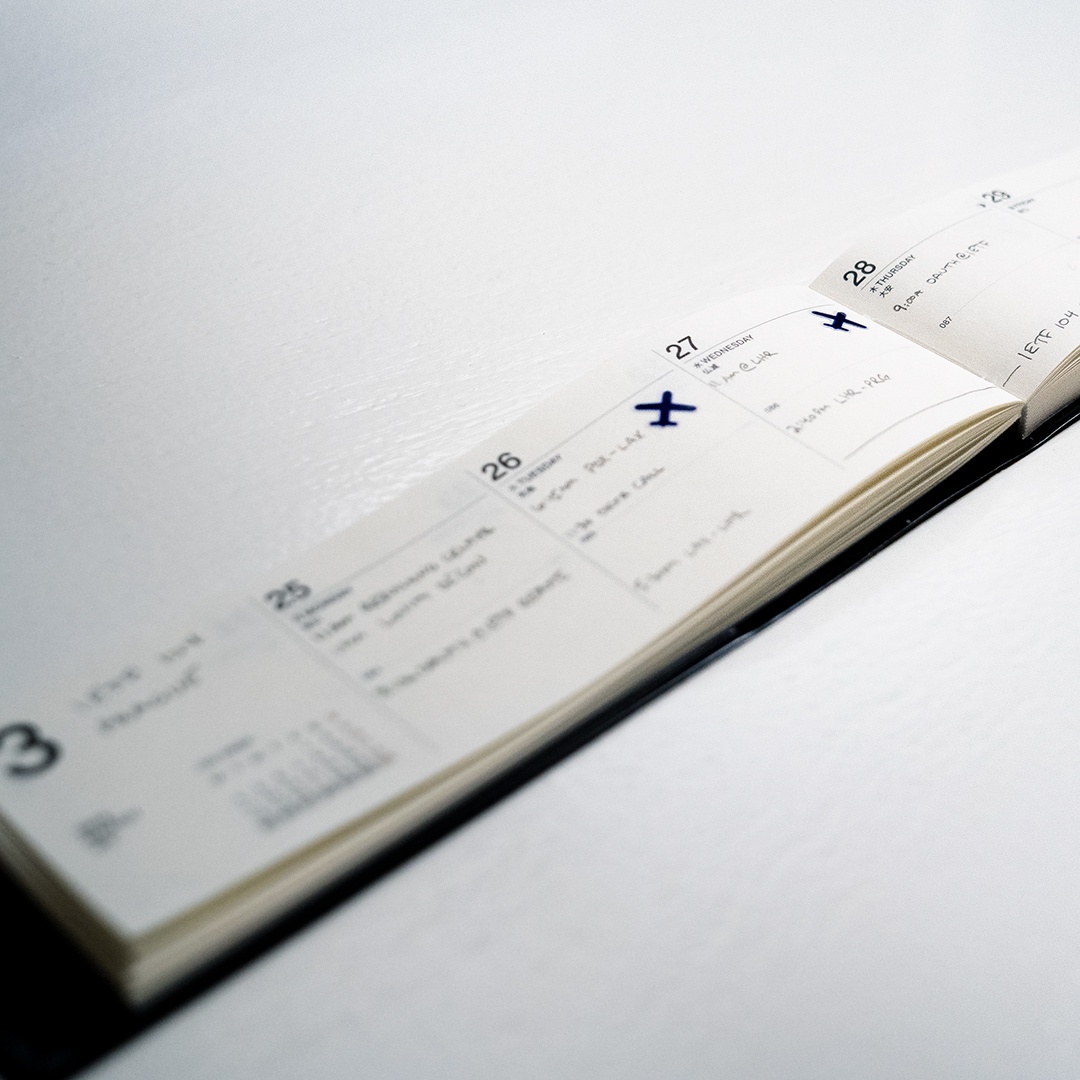 (And now here’s a random waffle, because I just discovered the waffle emoji

A holiday gift unto itself

I love the tradition about the book! I might steal that, MIL gave us tons of Christmas books so maybe I’ll use one of those if I can find a not religious one…

H: new winter coat. He already guessed that this was his gift so I just gave it to him so he could stop wearing his ripped to shreds one. He likes it.

Bobbin: Harry Potter onesies. We’re not really doing gifts for her since she’s too little to care. She’s getting a very nice college fund.

My mom: thinking about giving her my Aspen shawl but I’m on the fence. She doesn’t wear anything like it, but she doesn’t have anything like it either. Plus I made it, so she would automatically like that. She keeps saying she only wants to spend time together and they’re coming to spend Christmas Eve and day in our city so she also gets that.

Little bro: I’m knitting him a hat and I tried to find a patch from his favorite band to put on it but apparently bands aren’t doing patches anymore and that makes me feel old. So I got him a band t shirt. I didn’t realize it’s coming from China though so that’s a bummer.

Oldest niece: I’m waiting on some yarn to come through from buy nothing and I’m knitting her a golden snitch

Youngest niece: I made her a flannel nightgown with cute elephants on it

My dad: this one I’m not sure of. He buys himself anything and everything he wants so he’s hard to shop for. He’s super into home automation so I might check his Amazon list that he keeps of stuff to buy. Otherwise I’ll get him something Monty python related.

Other brother and wife aren’t getting gifts because they hate everything I get them (they will straight up tell me they’re returning it and ask how much I spent) so I told them we are only doing gifts for the kids.

Well there you go, @anomalily. You just have to get @aaronpk a trip to Japan for his birthday. No problem.

well that’s certainly one way to solve it!

Knowing @anomalily, she could do that and still somehow spend $0.

I mean that is basically how we went to Japan in March (where I got the first planner!)