Food, Health, and $$ - How We Balance The Trifecta

What farm share were you using? I’m in the market for a new veggie CSA this year!

I love it! It’s called Creative Growers CSA. Their lowest price ended 1/31, but I think they’re in the next tier. It’s such a good CSA. Comes with a free bread coupon for Grand Central every week!

DO TELL. i love fitness and food. This is probably up my alley

Ohh, I’m doing a few! One is a splits-challenge which won’t have to do with food.

The next is the “what does it take for me, a normal person, to get a 4-pack?” (that’s the one where I’m tracking food costs.)

And then there’s the possibility of a figure skating training series. We’ll see how that goes. That one will heavily feature money because it’s such an expensive sport, food probably less so.

I love this. I would add a fourth thing for convenience/quick preparation.
Right now I’m rediscovering lentils, which are super cheap and filling. I currently have two recipes that I adore and will eat to the point I have too much fiber. 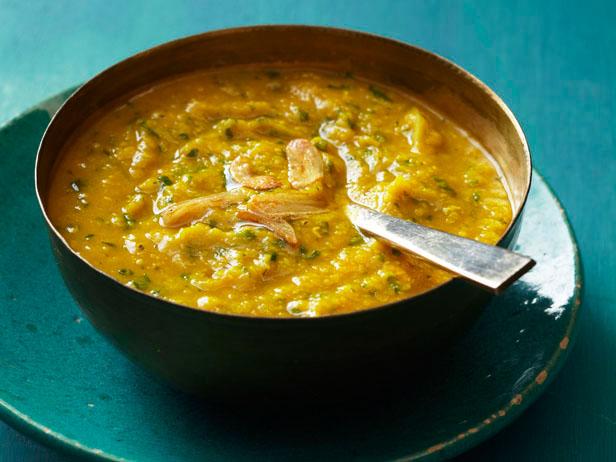 
I follow this pretty much exact, though canned tomatoes also work.

This recipe for Thai basil lentils is the vegan version of the classic Thai basil chicken. Lentils makes it healthy and delish.

Both of those look really yummy! I’m not eating lentils right now, but red lentils were always my favorite.

I will likely add them back in soon.

And YES to the time issue. :< I also hate when recipes (online recipes seem especially guilty of this) give you an estimated time that the thing takes to make, but when you mentally tally up the numbers, it doesn’t add up. @__@ It infuriates me.

I probably should not have posted the cilantro lentils after i mentioned time…it needs to breakdown into a delightful mush, but the other one can be made in about twenty five minutes if timed right.
Soups are my lazy meal. Chop toss in a pot and simmer. Or scrambled eggs.

Trying the Thai basil lentil recipe tonight. I have some frozen basil leaves from this summer that I’ve been struggling to use up - looking forward to seeing how it turns out!

EDIT: SO GOOD OH MY GOSH. This is a keeper recipe.

I have fresh basil in the garden, it’s the only thing that grows in this heat. Guess it’s on the menu for the weekend!

I’m bad at cooking more than 1 meat meal consistently for the week, so rather than having meat go off, I’ve been taking an iron supplement and letting myself only have meat if I have the mental energy. It’s working brilliantly.

I’m entering the “foraging” part of the week.
Breakfast was leftover salad with avocado and canned salmon. Lunch is freezer cauliflower rice and the remainder of the saag leftovers. Snacks are fruit and peanut butter and radishes and baba gahnnouj.

Dinner last night was a beer and plantain chips.
/o/
Hopefully I’ll do better tonight. But I forgot to defrost the ground turkey I have so I’m a bit out of ideas. XD

That doesn’t seem to bad? Do you struggle with keeping convenient food in the house or getting enough groceries to last (or just not wanting to go shopping for 3 weeks…)?
I used to have that problem, but now I need to feed my SO (who will also buy stuff so it isn’t only my responsibility), which apparently I think is more important than feeding myself. My all time low was heating up canned black beans and adding salsa for 2 dinners in a row because I couldn’t stomach oatmeal for all three meals of the day.

I used to have that problem, but now I need to feed my SO (who will also buy stuff so it isn’t only my responsibility), which apparently I think is more important than feeding myself.

This is exactly my problem. My partner is out of town!
She’ll be gone for another (3) weeks yet. I was doing good for the first half of her trip, but this second half has me starting to flounder…

Yikes. That is when I struggle now too, though I’m usually only on my own for up to two weeks. Umm, so how I deal with it is I prepare a grocery list of recipes I really like or want to try but I avoid making because SO doesn’t like them. Usually I plan for 4 dinners per week, then eat leftovers or eggs for the other dinners/lunch. My breakfast plan is the same every day so I don’t ever worry about it. My SO has limits on dairy consumption and fiber, and doesn’t tolerate spicy foods well so I try my best to satisfy those cravings when alone. So suggestions would be figure out one breakfast or breakfast variation to minimize effort. Plan for things that are exciting and a reward type meal.
And promise yourself a treat at the store to motivate yourself to go (I like getting an expensive fancy fruit to try if i’m being healthy or good chocolate).
Also if you want to eat an avocado and canned salmon for every meal nobody has to know!

I like the way you think!
Also, I totally did the “eat the things SO doesn’t want to/can’t” hahaha. Roommate (how I designate my partner on forums which can get … confusing…) is allergic to carrots. I made a delicious carrot soup, and also a carrot and parsnip “risotto” hahah in her absence.

Also, I totally did the “eat the things SO doesn’t want to/can’t” hahaha. Roommate (how I designate my partner on forums which can get … confusing…) is allergic to carrots. I made a delicious carrot soup, and also a carrot and parsnip “risotto” hahah in her absence.

Boyfriend doesn’t really like green beans. When he’s out of town, I eat SO MANY green beans.

@Gilly I’m also terrible at the ‘actually eat food’ thing when Husband travels. One of the things I’ve done in the past is bulk cook freezer meals while he’s gone. That way I can play tricks on my brain- I’m feeding SO in the future, lol. And then I just eat some myself.

The struggle is real though.

Remember cheese, whole grain crackers (if you can eat gluten), and some fruit or cut-up raw veggies is healthy-ish. Add red wine; I hear it’s good for you these days.

I can’t drink, I’m not supposed to eat dairy, and I need to limit simple carbs and processed foods

Nudges olives in your general direction

I do love me some jalapeño stuffed olives, and bubbies pickles. Unfortunately, they don’t really constitute a meal

I generally do pretty well with food. It just takes good planning.

ETA: mainly because I’ve pretty much given up on the price aspect for grocery spending.

Dang. Olives, fruit, veggies. We need a protein for you. Roasted chickpeas? Those could be the protein and be cracker-like all at the same time, and you can make a ton at once.

ETA: I have a similar struggle when my husband is gone (which, sadly, is every week, though I go to him at the end of the week). But I do get to eat 100% more black beans those days since he hates them. And collard greens.